“The Mechanic” – Worth or NoT Worth a Dollar?

Posted on Sunday, 24 July, 2011 by twobirdsflyingpub

It’s time to kick-off our “Worth or NoT Worth a Dollar” movie review and I think we chose a great starting point with this action packed production.

The Mechanic follows the life of an elite hitman, Arthur Bishop, played by Jason Statham, former Olympic Diver on the British National Diving Team, as he teaches his trade to the son of one of his victims, Steve McKenna, played by Ben Foster.

Steve McKenna reaches out to Bishop when he learns of Harry McKenna’s, his father, death. Unbeknown to Steve McKenna, Bishop was the assassin.

Harry McKenna, played by Donald Sutherland, a long time friend and mentor of Arthur Bishop, was made to look guilty of an indiscretion for which his fate was death; believing the story Bishop takes out Harry. The only thing that links Harry’s hit to Bishop is Harry’s prized chrome 1911, which Arthur Bishop used to finish Harry.

As the mystery unravels, Arthur Bishop discovers that he was hoodwinked into killing Harry McKenna as a way to cover up a grander more sinister plot. So, Arthur Bishop with Steve McKenna, who throughout the movie looks more like a second from Spielberg’s Schindler’s List, in tow sets out to get all those responsible.

This is a guy movie through and through. It’s one of those production that leave you sitting there wondering what the hell it was that you just saw. My question is “what the hell is this about” – a reaction akin to Stallone’s The Expendables.  Hollywood has it in for the C.I.A.; I have yet to see a movie where the C.I.A. lets an employee retire, everybody gets whacked. I guess it keeps pension costs down.

Arthur is also quite the audiophile and listens to his vinyl  collection on a turntable and vacumm tube amplifier.

Arthur’s life prevents him from having a lasting and meaningful relationship so he patronizes a local New Orleans hooker, played by Mini Anden, who has deep affection for Arthur and treats the audience to a brief and somewhat occluded pudendum shot (not shown here) as she heads for the bathroom after spending a night with Arthur.

Arthurn, although disciplined and ruthless does pay rather well. 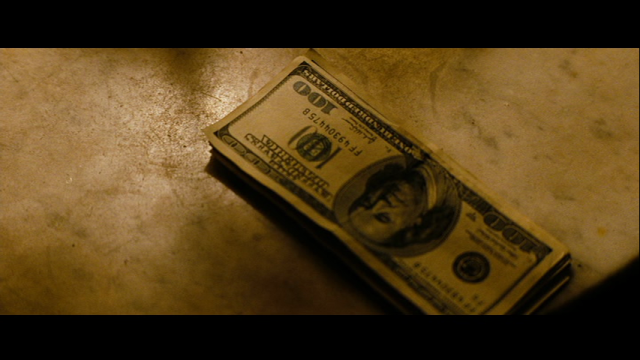 In one of his more intense and believable scenes Steve McKenna tries to position himself to trick their next victim.

Drop by your local Blockbuster kiosk pay a $1 and rent it. One thing is certain, your wife or girl will check out but then you can wake her afterwards.

Let us know what you think Worth or NoT Worth a Dollar?

Like Loading...
This entry was posted in Morale Builders, Uncategorized and tagged hitman, Jason Statham, movie, Sutherland, The Mechanic. Bookmark the permalink.

1 Response to “The Mechanic” – Worth or NoT Worth a Dollar?