Posted on Thursday, 15 September, 2011 by twobirdsflyingpub 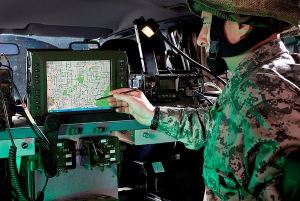 There is a great deal of interest in advancing the netcentric battlefield; however, relatively little attention has been given to the infrastructure that supports multi-IP and multimedia applications. It seemed that planners lacked a clear understanding of bandwidth requirements and performance metrics, such as latency, all of which are highly influenced by spectrum and routing horsepower.

This week, at DSEi, Elbit Systems announced  a family of multimedia routing solutions. Multimedia routing makes possible the seemless integration of voice, data and video into one cohesive stream.