Posted on Saturday, 24 December, 2011 by twobirdsflyingpub 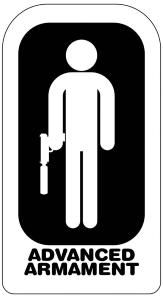 Advanced Armament Corporation is second only to Surefire LLC in military suppressor sales. The company, founded in 1994, grew from a small shop in Lilburn, GA, located in the outskirts of the City of Atlanta, to being a driving force in commercial and military firearm signature reduction technologies. Mr. Kevin Brittingham, AAC’s President and founder, sold the company in 2009 to Remington Arms becoming part of the Freedom Group Family of Companies[1].

We’ve learned recently that Mr. John Day of Freedom Group has replaced Mr. Brittingham as President of Advanced Armament Corporation. It is too early to say what the change of command means for AAC but for now company insiders see business as usual.

The exact reason(s) for the change have not been disclosed and anything that you hear is unofficial and speculation at best.