Posted on Thursday, 25 October, 2012 by twobirdsflyingpub 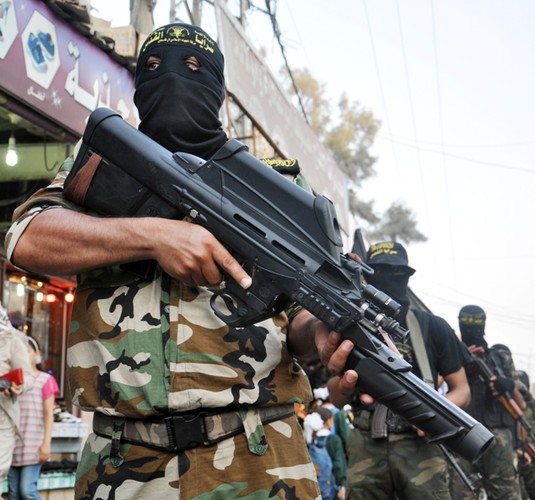 The individual depicted in this picture is affiliated with the Palestinian Islamic Jihad al-Quds Brigades operating in Gaza. The weapon he’s holding is a FN2000 assault rifle with its corresponding grenade launcher. It is a highly advance selective fire assault rifle and represents a significant departure from the ubiquitous Kalashnikov. It’s origins are believed to be Libyan weapon caches that fell into Libyan rebel control on or about October 2011.

Although it’s nothing to panic about, just yet, its recent appearance lends credibility to the concept that MPADS (man portable air-defense systems) could also be flowing from Libya to other parties in the region.