British SAS Rumored To Be Providing Training To Al-Qasas Brigade In Syria.

Posted on Thursday, 15 November, 2012 by twobirdsflyingpub 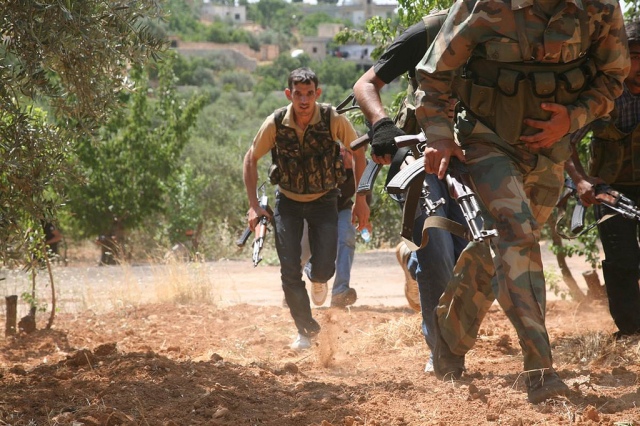 British Special Air Services units are rumored to be operating in Syria and providing training to Syrian rebels from the Al-Qasas Brigade. We have not been able to confirm this through our sources; however, if the initial reports are accurate it’s reasonable to expect U.S. SOF involvement along with the imposition of a joint no-fly zone.

These operations along with a no fly zone is a death-blow to Al-Assad’s brutal regime. Given Al-Assad’s flagrant disregard for the wellbeing of his people, he may turn his extensive arsenal of chemical and biological weapons loose on Syria’s population.

We remain committed to the concept that a huge opportunity cost exists for not acting swiftly and decisively – potentially extending to Israeli national security interests.

Like Loading...
This entry was posted in Uncategorized and tagged Al-Assad, Al-Qasas, Brigade, no-fly, SAS, SOF, Syria. Bookmark the permalink.