Posted on Thursday, 9 January, 2014 by twobirdsflyingpub 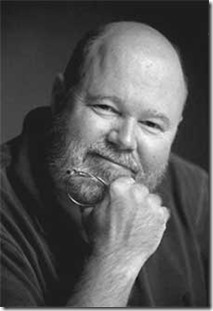 New York Times bestselling author of 17 novels, Stephen Hunter, will be in attendance at the IWI US booth # 15238 during the 2014 SHOT Show in Las Vegas, Nevada. Mr. Hunter will appear on January 14th and 15th between 2 and 3 p.m.

Mr. Hunter is a retired Chief Film Critic for The Washington Post, where he won the 2003 Pulitzer Prize for Distinguished Criticism. Hunter’s thriller novels include Point of Impact (filmed as Shooter), Black Light and Time to Hunt, which form a trilogy featuring Vietnam War veteran and sniper Bob “the Nailer” Swagger. The story of Bob Lee Swagger continued with The 47th Samurai (2007), Night of Thunder (2008), I, Sniper (2009) and Dead Zero (2010). The series has led to two spin-off series: Hot Springs, Pale Horse Coming, and Havana form another trilogy centered on Bob Swagger’s father, Earl Swagger. In his latest novel, The Third Bullet, Bob Lee Swagger examines the JFK assassination and comes to some amazing solutions in this breakneck thriller brimming with his trademark action and masterful plotting. Mr. Hunter’s books are published by Simon & Schuster. His next book, Sniper’s Honor, will be published in May.

Like Loading...
This entry was posted in 2014 and tagged IWI, Shooter novel, sniper, Stephen Hunter. Bookmark the permalink.