Posted on Thursday, 23 January, 2014 by twobirdsflyingpub

I have been a great fan of Steyr firearms for many years. As a young man, my first hunting rifle was a used Steyr Mannlicher with a set trigger. I have also been a staunch supporter of the Steyr AUG since its fielding in 1977. The bullpup concept accomplishes several things really well. First, it places the action and magazine behind the trigger mechanism, which distributes the bulk of the weapon’s weight pack towards the shooter’s shoulder making the muzzle of the rifle very agile and easy to control. The differences in handling are not trivial. Second, the bullpup design of the AUG made for a more compact weapon suitable for urban scenarios and mounted operations. Lastly, the AUG was able to preserve barrel length without adversely impacting overall length of the rifle. Longer barrels provide greater accuracy; they also preserve muzzle velocities, which in the 5.56 x 45 caliber is essential for proper fragmentation of the projectile. So, a longer barrel enhances lethality “ceteris paribus.”

The Steyr Arms AUG has undergone a number of changes, most of which are cosmetic but the underlying structure remains intact and as viable as ever. If you’ve never used an AUG you don’t know what your missing. Its critics point to issues like placement of magazine release and the absence of rail space – all legitimate concerns with varying levels of objectivity. For example the magazine release on the AUG is on the buttstock behind the magazine. On the AR platform it is forward of the trigger and slightly higher. It’s unlikely that an AUG operator has ever accidentally disengaged a magazine regardless of training level. So the Steyr AUG is as viable in 2014 as it was in 1977.

At SHOT SHOW 2014 Steyr Arms introduced its Steyr AUG A3 MUD (refers to stock color) and the A3 M1. 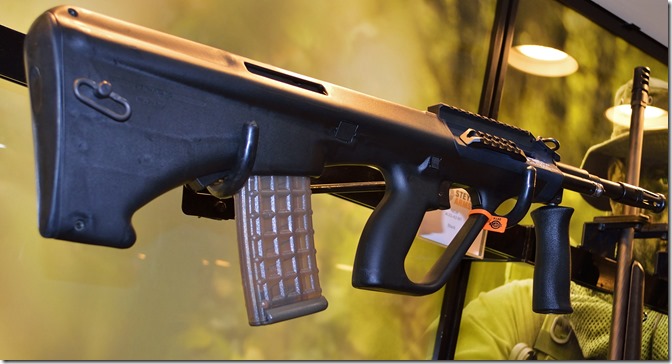 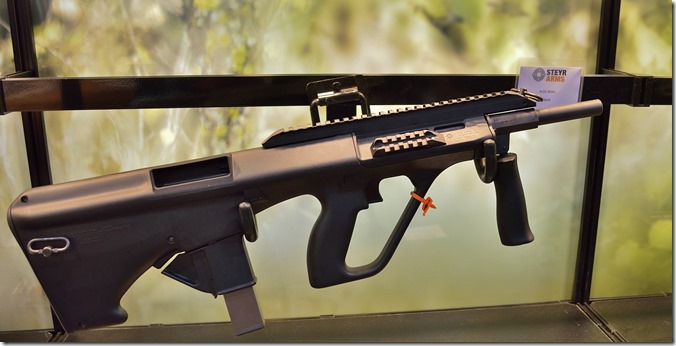