Why MH370 Could Not Be Cloaked By Another Aircraft

Posted on Sunday, 23 March, 2014 by twobirdsflyingpub 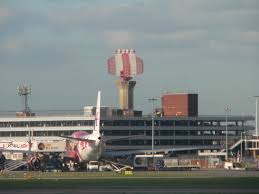 This post attempts to shed some light on why Malaysia Air Flight 370 could not have been cloaked by a Singapore Airline Flight destined for Barcelona.

The Air Traffic Control System is comprised of two distinct radar systems, Primary Surveillance Radars or PSRs and Secondary Surveillance Radars or SSRs. The PSR is responsible for detecting the aircraft. It provides range and bearing. This is a radar system that usually operates in the S Band region and a circular scan. When we discuss radars that have a circular scan, specially older systems, it means that the antenna rotates 360 degrees. Every time the radar beam passes or paints the target, a return echo is received by the radar and a blip appears on the operators screen. These radars have a larger pulse width and lower pulse repetition rate in order to operate at longer ranges. Hence less resolution.

The SSR radar is a system which sends out coded messages that interact with the aircraft transponder, which then responds with its set of codes. In addition to interacting with the target aircraft’s transponder, the SSR also detects the aircraft and determines bearing and altitude. The SSR has a significantly narrower pulse width and higher pulse repetition rate and may use a complex scan or beam switching, which gives it a much higher resolution. In other words it can better resolve the target.

The systems, work in conjunction and are designed to specifically avoid the scenario being suggested by some of the news outlets.

Military aircraft, carry very sophisticated electronic packages to fool ground radars into thinking that they are seeing multiple targets or no targets at all. Commercial aircraft have nothing of the sort onboard.

Flying directly behind, above or below another airline creates significant aerodynamic or flight challenges, like  downdrafts and updrafts to name a few. It’s like a race car driver moving his vehicle a foot or two behind the lead car – a process called drafting. The driver of the lead car is very much aware that this is happening and tries to avoid it.

Furthermore, at some point along the route, MH370 would have to break away from that flight formation without detection, which means they would need to have mapped civilian and military air coverage along the route to include side lobes emanating from the antennas.

It’s highly unlikely that MH370 could make a transition from Flight Level 300 to 15,000 feet then descend, go into slow flight and setup an approach undetected !!!