Posted on Thursday, 17 July, 2014 by twobirdsflyingpub 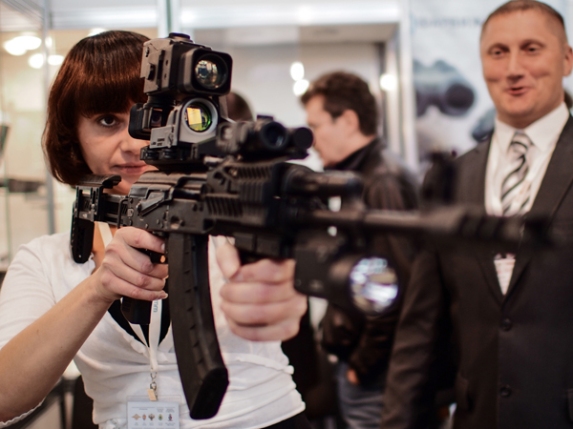 The U.S. Department of the Treasury has updated its list of sanctioned Russian  companies resulting from the Ukrainian situation.

Imposition of these sanctions prevent the importation of Saiga and Kalashnikov products. These restrictions will remain in force until removed by Executive Order.

There’s been some internet discussion on the likelihood of CONCERN KALASHNIKOV remaining in business, which seems to be very premature. Concern Kalashnikov was formed last year, so other that a 1.7 billion ruble loss for 2013, attributable to Izhmash, not a great deal is know about the new entity and what percentage of its total sales is attributable to the U.S. market. In fact, in January of this year, a contract was executed between a U.S. importer and Concern Kalashnikov for up to 200,000 arms annually for US and Canadian customers.  Since the contract was executed in January of 2014, and before the imposition of sanctions, it is my belief its exempt from the sanctions.

Generally Accepted Accounting Principles or GAAP, allows a company to recognize revenue at the time a sale is made; in this case marked by execution of the contract between the parties . If Concern Kalashnikov were prevented from performing, it’s quite likely both parties to the contract would file suit for relief.

The bottom line is don’t abandon your dream of owning a CONCERN KALASHNIKOV AK  just yet because the jury is still out on this. So, it’s wait and see.

Like Loading...
This entry was posted in Alerts, Weapon systems and tagged Kalashnikov, Russia, sanctions, Ukraine. Bookmark the permalink.