Posted on Tuesday, 3 February, 2015 by twobirdsflyingpub 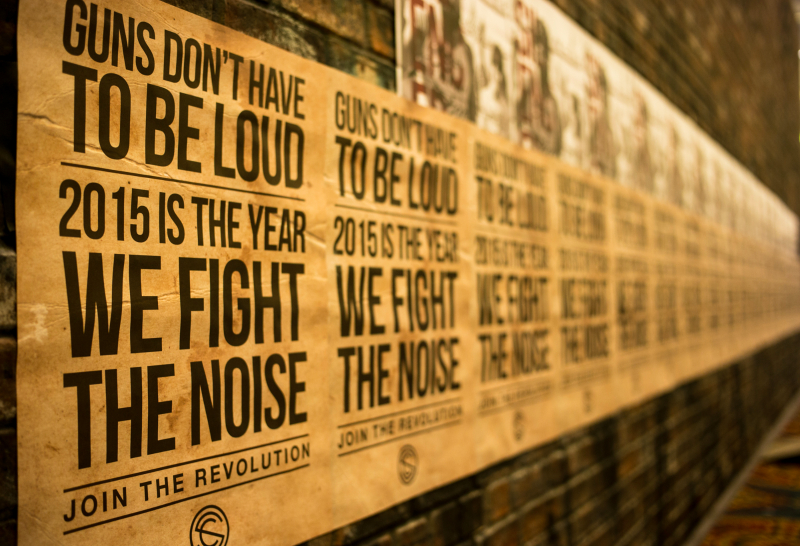 WEST VALLEY CITY, UTAH – Feb. 2, 2015 – SilencerCo, the industry leader in silencers and accessories, was awarded Best Booth at SHOT Show 2015 by prominent firearms marketing agency Primer Strategy. SHOT (Shooting, Hunting, Outdoor Trade) Show is the firearms industry’s largest annual tradeshow, bringing nearly 70,000 people to Las Vegas each January.
The accolade was given to recognize SilencerCo’s enclosed art gallery-style installation, which used 10 striking gallery wrapped portraits and more than 20 silenced firearms to kick off a yearlong protest theme – #FightTheNoise. The attention to detail employed the use of pasted playbills and posters affixed to an exposed brick façade – all to illustrate the gritty, street-worn feel made iconic by many of the most successful social movements of the past century. 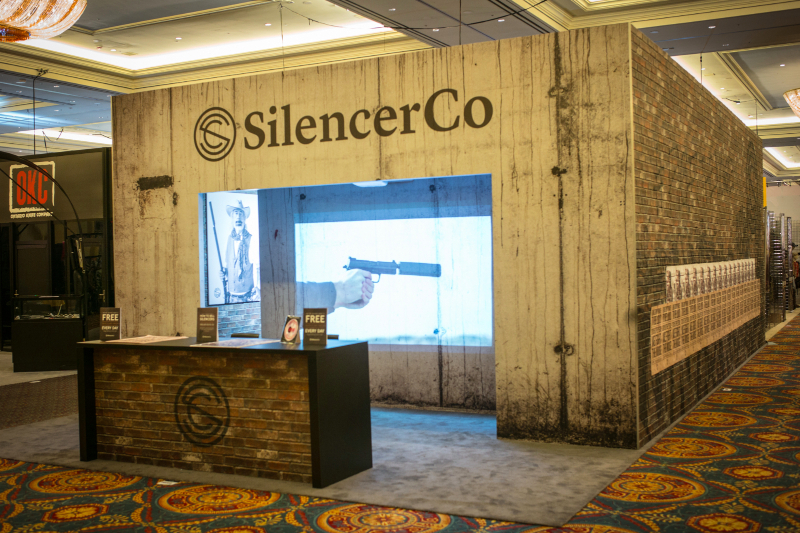 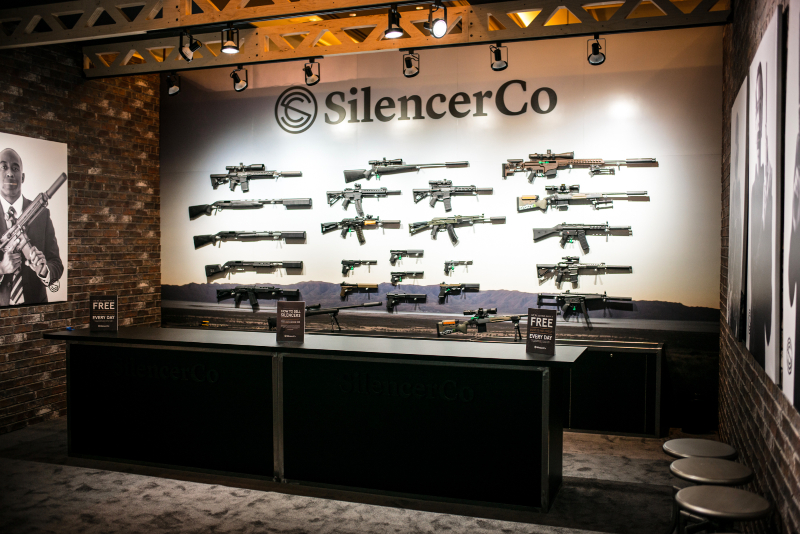 “While walking the SHOW Show floor we noticed a sea of repetition and lack of evolution from year to year – the same booths, same looks and same ideas,” said Katie Perrine, president of Primer Strategy. “Then we saw SilencerCo’s design and had to stop for a closer look. It really embodied what Primer sees as the new direction of the firearms industry – strong, creative, unconventional designs without fear of breaking traditions.”
“Hopefully manufacturers in the upcoming years will enter the ‘race’ for the best design at SHOT,” added Primer’s creative director, Benjamin Forde, whose past accomplishments include art direction for FX’s Sons of Anarchy and HBO’s Generation Kill and The Pacific.
#FightTheNoise – SilencerCo’s grass-roots campaign for gun owners to demand quieter firearms and fewer federal and state regulations on firearm silencers – will continue to be a major platform for mobilizing the public throughout 2015. 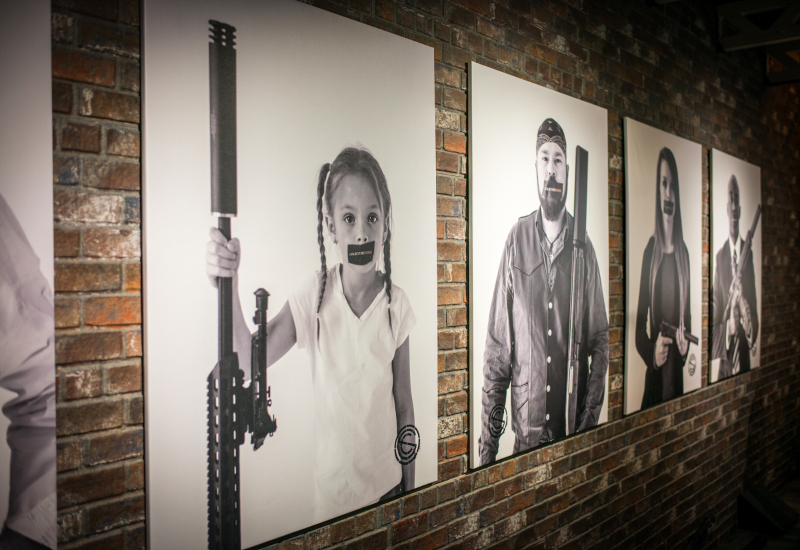 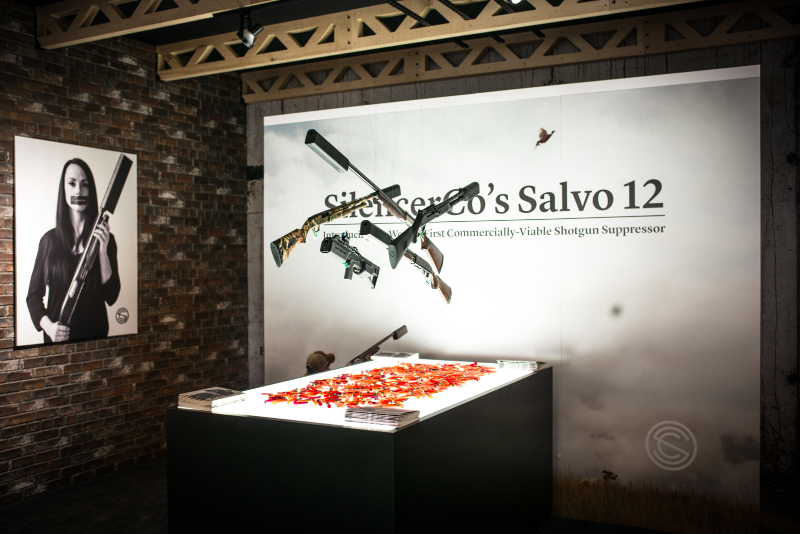 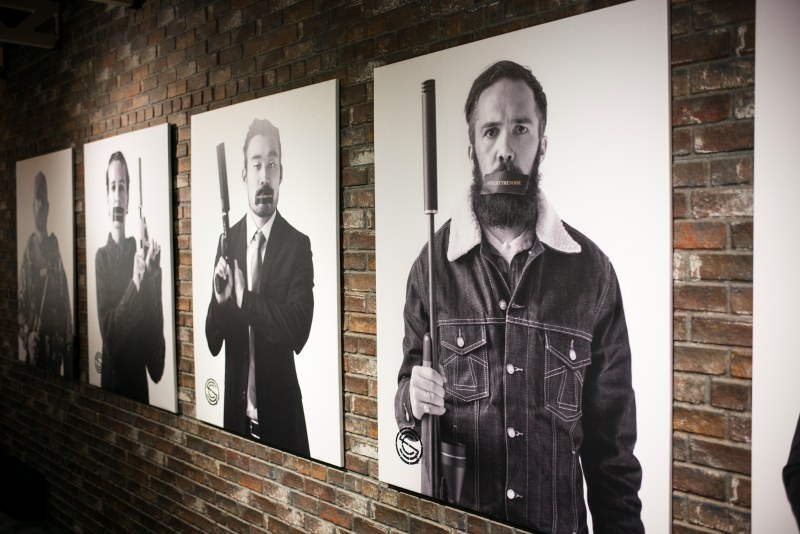 “SilencerCo has always been an advocacy leader in our space, and with silencers growing faster than any other segment of the firearms industry, we thought it was time to get consumers involved in change for the better,” said SilencerCo CEO Josh Waldron. “Silencer owners can expect calls to action throughout the year, supporting the deregulation of silencer purchase and ownership, as well as their use in hunting applications.”
For more information on SilencerCo’s products or vision, or to join the #FightTheNoise movement, visit www.silencerco.com.

About SilencerCo:
Founded in West Valley, Utah in 2008, SilencerCo started with a belief in the fundamental premise that firearms don’t have to be loud and has now become the market leader in sound suppressors, muzzle devices and related products. By investing in innovation, customer service, organic manufacturing, advocacy, education and talent, SilencerCo is now focused on making firearms hearing-safe for all hunting and shooting applications, introducing products that have never been made before, and making the buying experience a better one.
About Primer Strategy:
Primer Strategy was created to fill a gap within the gun industry – to provide strategic and long-term marketing integrated across all medias. As shooters and gun enthusiasts ourselves, we blend powerful know-how with creative minds from traditional advertising, entertainment and extreme sports agencies. We understand the unique needs of firearm and gear manufacturers, gun ranges and retailers unlike anyone else, and are committed to bring big ideas across the board. Our focus is on solid solutions that translate seamlessly across all marketing avenues to make our clients stand out against the stale techniques of the past.

Like Loading...
This entry was posted in SHOT SHOW 2015 and tagged award, SHOT SHOW, Silencerco. Bookmark the permalink.