Posted on Wednesday, 4 February, 2015 by twobirdsflyingpub 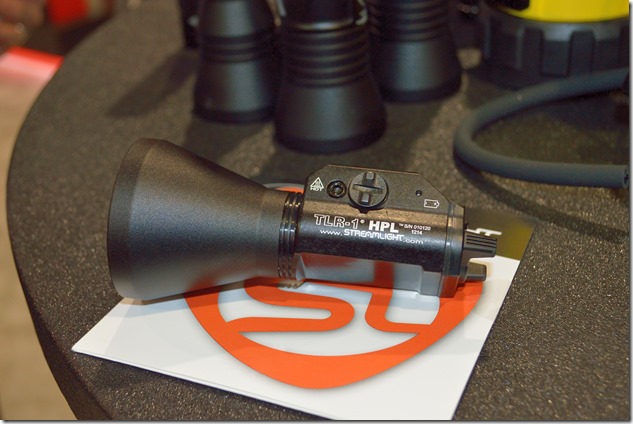 For 2015, Streamlight has upped the ante with higher outputs across most of their tactical line. The TLR-1 HPL went from 300 lumens to 775 lumens. In character with all of Streamlight’s weapon mounted lights, the TLR-1 HPL has a tightly focused well collimated hot spot with an abundance of peripheral light. On high, the reflector generates a beam that is effective to 450 yards. The TLR-1 HPL comes with a rocker switch that allows momentary or constant activation, or a remote pressure switch kit is available. Runtime on high is 1.75 hours. 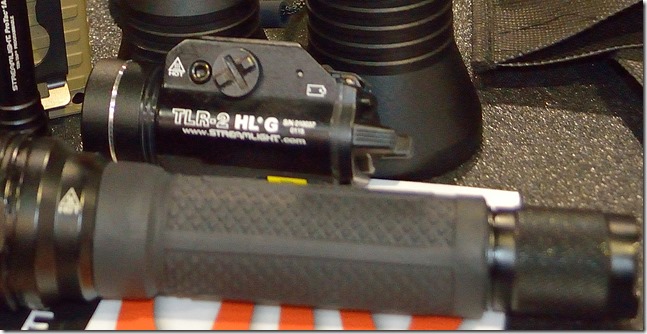 Streamlight’s TLR-2 HL-G also saw a large bump in output to 720 lumens, but equally important is that Streamlight has gone to a direct drive green laser, so operating temperature range has been broaden significantly to -20°F to +120°F. Those of you familiar with green lasers know that they’re very visible unless it’s cold outside in which case it takes a while for them to be able to operate. The direct drive eliminates that issue. The laser operates in the 510 nm to 530 nm spectrum. Visibility of the laser pointer on non-reflective targets and in bright daylight is exceptional. The TLR-2 HL-G comes ready to mount on any Picatinny rail and can be operated with the standard rocker switch or using a remote pressure pad.

For 2015, Streamlight also made a number of enhancements to the ProTac line of handheld lights. The most notable is the introduction of the ProTac HL USB. As the name implies, the light can be recharged via a standard USB port or a rechargeable power pack offered by Streamlight. Light output is also way up to 850 lumens with a runtime of 1.25 hours.