Posted on Tuesday, 17 February, 2015 by twobirdsflyingpub 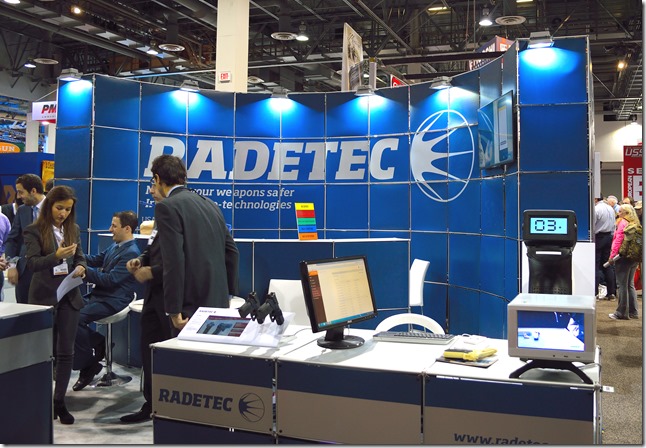 If you ever drop by a RADETEC exhibit, at any venue, and mention the words “FN Shot Counter” it’s guaranteed to get you a response of “how many have you seen…” Before I get into an explanation that supports the company’s response, I’d like to give you just a quick background on this EU company. RADETEC translates to RADE Technologias . They were founded in 2004 and have two offices in Madrid and Zaragoza, Spain. They’re actually part of a technical medical group called Grupo Empresarial Electromédico (GEE). GEE has been in business for 30 years managing and maintaining electronic equipment for hospitals across Spain. The company has expanded its global presence through strategic partnerships that in 2010 established RADETEC’s first U.S. office in Bethlehem, PA. The company’s core competency is the integration of electromechanical components and plastic polymers

RADETEC also has a software product that supports the armorer’s function. It’s a data base that collects shots fired, weapon serial numbers, maintenance history  as well as any relevant comments.