Posted on Saturday, 6 June, 2015 by twobirdsflyingpub 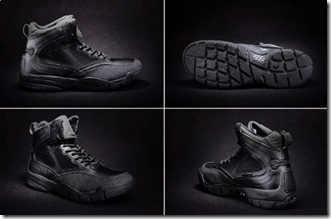 LALO is a leading manufacturer of footwear that is developed in conjunction with and used globally by Elite Tier One Special Forces Operators.

“We are very pleased to partner with TPG to distribute LALO products via their sales channels, servicing their customer base. Together with TPG we can focus on delivering world class products and impeccable customer service to the market,” commented LALO CEO Jay Taylor. Dan Lounsbury, Loren Simpson and their team of seasoned industry professionals share the same vision and values as we do at LALO, to deliver the best quality goods possible to those that put themselves in harms way.”

TACPROGEAR, a leading manufacturer of tactical equipment used by professionals around the globe, is also pleased to announce that it has become the military and tactical distributor for LALO Footwear. Additionally, LALO has become the official footwear of TACPROGEAR.

“We are very excited about becoming the exclusive distributor for LALO Footwear to the military and tactical markets,” remarked TPG CEO Dan Lounsbury. “Our company missions and beliefs are very similar so this was a natural fit. Top tier materials designed with invaluable feedback from Elite Operators creates a top notch product that we are proud to offer through our website.”