Posted on Thursday, 10 December, 2015 by twobirdsflyingpub 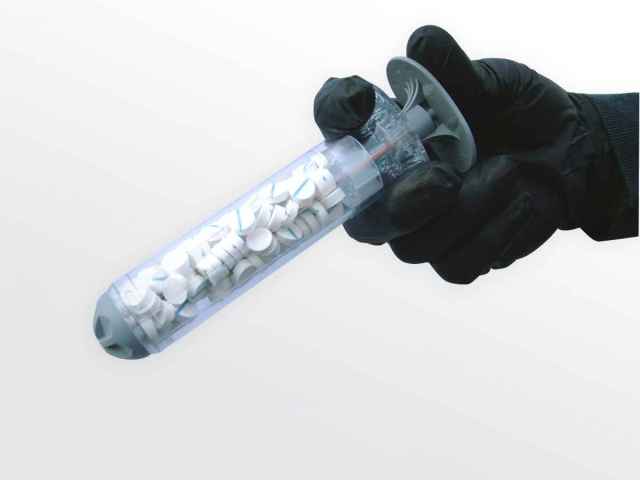 In February 2014, we introduced our readers to RevMedx’s XSTAT system designed specifically to rapidly treat gunshot wounds in the field. The XSTAT has been used by the military since 2013 with exceptional results. The FDA has now approved XSTAT for commercial use. The XSTAT works by injecting small sponges into the entry wound channel. As the sponges absorb blood, they expand to provide hemostatic pressure on the wound, preventing additional bleeding. The XSTAT does not replace the tourniquet and is intended for use on wounds where a  tourniquet can not be easily applied. The FDA reports…

“Early control of severe bleeding may prevent shock and may be life-saving. According to the United States Army Institute of Surgical Research, 30 to 40 percent of civilian deaths by traumatic injury are the result of hemorrhaging. Of those deaths, 33 to 56 percent occur before the patient reaches a hospital.”

XSTAT 30 is a temporary device for use up to four (4) hours until surgical care is acquired. It should only be used for patients at high risk for immediate life-threatening bleeding from, hemodynamically significant (Advanced Trauma Life Support class 3 or 4 hemorrhagic shock), non- compressible junctional wounds, and when definitive care at an emergency care facility cannot be achieved within minutes.

Commercial availability dates have not been released, nor product pricing, but a $100 price point has been circulated. We strongly recommend that hunters and other enthusiasts add one or two to their IFAK. This is great news that should save a multitude of lives.

Like Loading...
This entry was posted in Medical and tagged EMT, gunshot, RevMedX, wounds, XSTAT 30. Bookmark the permalink.