MEDIA DAY AT THE RANGE WITH DEAD AIR ARMAMENT

Posted on Wednesday, 27 January, 2016 by twobirdsflyingpub 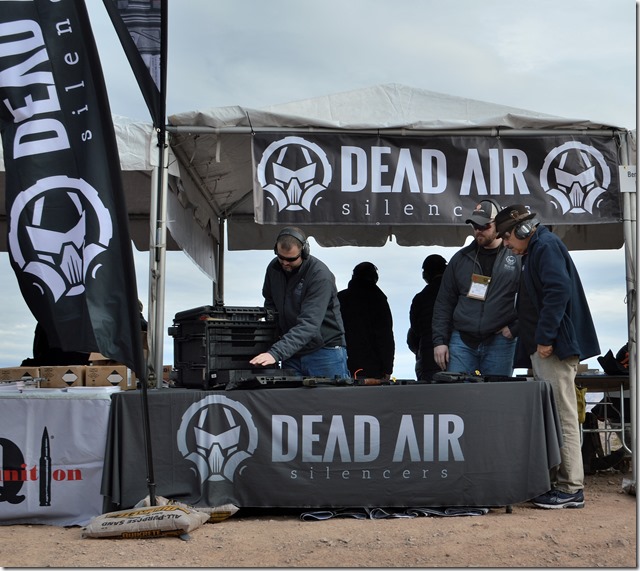 If ever there was an exhibit that I did not want to miss it was Dead Air Armament. I was hoping they had representation at Media Day because the only way to assess a suppressor is shoot it, period! You can wallow in specifications all day long but to quote a hackneyed cliché  “proof is in the pudding” As expected, Dead Air had its Sandman Line consisting of the S, L and Ti. They also had their GHOST-M centerfire pistol suppressor along with their pingless Flash Hider, Keymount Muzzle Brake and its latest addition to the line of muzzle devices the Pyro Enhanced Muzzle Brake

For readers not yet familiar with Dead Air Suppressors I’ll summarize by saying that all of their rifle cans are multi-caliber up to and including 300-Win Mag; their centerfire pistol suppressor is also a multi-caliber can 22LR, .300BLK (subsonic), .40 S&W, .45 ACP, 10mm, 9mm.

Below, I had a chance to send some lead downrange via a suppressed AK. The weapon operated quietly and reliably with no evidence of excessive backpressure. The quick attach mount conveys a sense of stoutness that is both reassuring and easy to use. 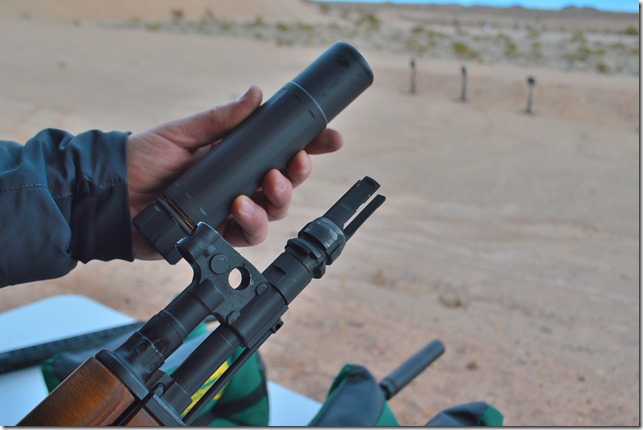