Posted on Thursday, 7 July, 2016 by twobirdsflyingpub 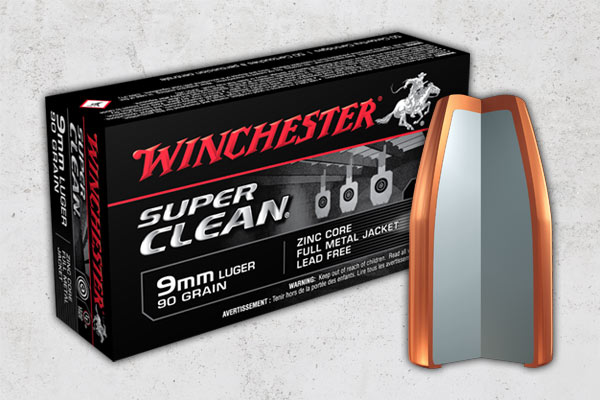 EAST ALTON, Ill. – The number of target shooters in the United States doubled between 2009 and 2014, meaning more shooters, more interest in affordable ammunition options and the need for more time to train. As an industry leader in handgun ammunition, Winchester is answering the needs of this growing audience by offering two new completely airborne lead-free and downrange lead-free pistol target and training products as part of its Super Clean® line.

Both loads feature zinc core full metal jacket (ZFMJ) bullets with lead-free primers, which are ideal for indoor and outdoor ranges. These two new Super Clean products—a 9mm Luger 90-grain ZFMJ load with a muzzle velocity of 1,325 fps and a .40 S&W 120-grain ZFMJ that flies at 1,250 fps—are offered at affordable price points, which will allow for even more high-volume training.

“Today’s shooters are a diverse crowd, and they are also extremely eager to spend as much time on the range as possible. That means it is vital to produce ammunition that performs at a high level, capable of being used in any modern firearm, is affordable and that meets the requirements of the ranges where they shoot. These two new Super Clean products do just that,” said Brett Flaugher, Winchester Ammunition vice president of marketing, sales and strategy.