Posted on Thursday, 1 December, 2016 by twobirdsflyingpub 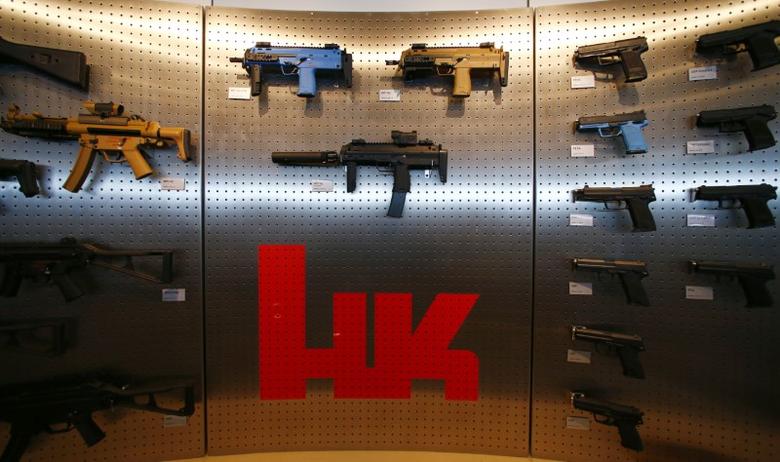 German arms manufacturer Heckler & Koch will no longer sign contracts to supply countries outside of NATO’s influence because it has become too difficult to obtain government approval for such deals, news agency DPA reported on Monday.

The company, one of the world’s best-known gunmakers, will in future only sell to countries that are democratic and free from corruption and that are members of NATO or NATO members’ partners, DPA said, citing company sources.

It said this change in strategy would rule out deals with countries such as Saudi Arabia, Mexico, Brazil, India or even NATO member Turkey.

Heckler & Koch did not respond to requests for comment.

Its HK416 assault rifle is said to have been used to kill Osama bin Laden and its G36 rifle is standard issue for armies across the globe.

However, German restrictions on arms exports to the Middle East have weighed on its business, contributing to a 90 percent collapse in operating earnings last year.

The company sued the German government last year for failing to approve a deal to supply Saudi Arabia with parts needed to make its G36 assault rifle.

The deal had been approved in 2008 despite concerns about human rights abuses in the Gulf kingdom, but the German government changed its approach on arms exports two years ago.

German Economy Minister Sigmar Gabriel has sought to curb sales of tanks and small arms in particular since taking office late in 2013, arguing that guns such as assault rifles were the weapons of choice in civil wars all over the world.

Selling weapons is highly sensitive in Germany due to the country’s World War Two history. It is the world’s fifth- biggest exporter of major arms, according to the SIPRI research institute, and the industry employs about 80,000 people.

Heckler & Koch, which listed some of its shares on Euronext via a private placement last year, also came under pressure last year when some of its former employees were charged with breaching laws on trade and weapons of war by selling arms destined for four Mexican states.