Shame On You Media!

Posted on Friday, 18 August, 2017 by twobirdsflyingpub 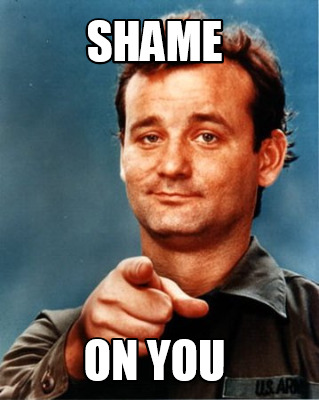 If there was ever a week for a good shoot the shit it’s this week. First, we have a genetic defect deciding to drive his vehicle into a crowd at Charlottesville, VA killing an innocent young lady. Next, we have a media that went absolutely ape shit over President Trumps comments with regards to the Charlottesville incident. If that wasn’t enough we watched the attacks in Barcelona and other southern Spain locations.

Even if you feel that you need to see a therapist to help you process all this, keep in mind that you will be paying some jackass $150 or more who’s only reason for studying psychology was their need to understand themselves and couldn’t get through Calculus I. That should tell you all you need to know. We, instead, allow you to make any unsupported statement, use uncensored profanity, insult anyone you wish or change the subject altogether at no charge!

The media has be extraordinarily unfair to this President. The problem appears to be his lack of political sophistication, which by the way is not a Constitutional requirement for eligibility to be President. This is all compounded by the fact that Donald J. Trump calls them as he sees them, without his point being clouded by any perception of public disapproval. This may represent an opportunity for you to misrepresent and mischaracterize comments lacking eloquence, but it’s a national disservice to your readers or audience.

It appears the media will have you think that Donald Trump is responsible for Neo Nazis, KKK, white supremacists, skin heads et al. ; however, the reality is that these hate groups have existed in our society through every administration, J.F. Kennedy, LBJ, etc., this is a fact. All of these organizations, including Black Panthers and  Students for Democratic Society (SDS) were radical and have been prosecuted for acts of violence, but all were allowed to march and protest peacefully without prosecution., their Constitutional right regardless of how sick their ideology is. None, even marginally, is representative of American and its people.

I’ve gone through President Trump’s three statements regarding the Charlottesville VA. incident. I’ve done that several times and came away with the following impressions. All three lack political finesse but none endorse, or promote, radicalism for any political ideology.

His first comment condemned  violence on both sides of the protest. My question to the media is simply this. Would you support a violent clash between a pro life group and a pro choice group? Each of them has a right to express their views peacefully, as guaranteed by our Constitution. Trump was simply condemning violence on all sides. He then continues by saying that some of the people present were folks desiring to do nothing more than protest peacefully, so I’m not sure what part of that statement the media found problematic and I would certainly like to see evidence that his comment was inaccurate.

In his second statement, he repeats his condemnation of violence and once again acknowledges that not all protest participants were in Charlottesville to be violent. He closes by a resounding condemnation of the KKK, Neo Nazis, White Supremacists, the only thing he did not do is order their execution. However, actions speak louder than words and we see that once  facts begin to surface his AG initiated a civil rights investigation.

His third statement was a restatement of the first and second statement. So, here is what responsible media members should be asking colleagues: can you identify specifically what language in the President’s comments indicate support of the KKK, Neo Nazis or White Supremacists, and where do you see an  inclination on the President’s part to be supportive of these groups?

Donald J. Trump does not speak in iambic pentameter; he is as apolitical as any President I’ve ever seen; he speaks his mind, without moderating ideas by what others think and as I’ve mentioned earlier, none of which are Constitutional requirements to the Presidency.

What’s been done by the media this week is a national embarrassment and nothing more than sensationalism.

Okay, let us know what you think? Have a great weekend be safe and enjoy quality time with your buds and family.