Posted on Friday, 6 April, 2018 by twobirdsflyingpub 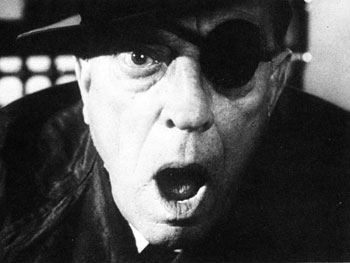 I hope you’ve all had a pleasant and productive week. I made it through the week and realized that we haven’t had a good shoot the shit in a while, so it’s about time we do that.

Readers there’s so much going on that it’s a real chore finding a topic that’s informative and fun, so this week, I’m going to beat up on Facebook just a bit but not before I comment on the You Tube shootings.

For readers unfamiliar with our shoot the shits, you don’t need to know anything about the topic being discussed, you can make any unsupported comment, use uncensored profanity, insult anyone you wish or change the subject all together.  You’ll find that a good shoot the shit is far better than paying someone who studied psychology because they wanted to understand themselves, $150+ per hour so they can tell you are displaying Freudian transference. We provide this service at no charge and we don’t care if you are in denial or not.

If you don’t believe in the existence of alien portals, in Malibu, or Venusian death rays, just check out the You Tube shootings. The shooter, Nasim Aghdam, a 39 year old Iranian woman from the Los Angeles area – LA is just a hop skip and a jump from Malibu – was obviously violated by alien experiments. As the story goes, she was upset that YouTube filtered her channel leaving her with fewer viewers.  There’s no question in my mind that she was a Shiite  who had probably had some bad Thadig and decided to shoot You Tube up. Now, just to illustrate sectarian differences, had she been a Zoroastrian she would have complained about network latency.

Another interesting observation is how little press the incident has had. Our theory is twofold:

This is our analysis of recent mass shootings:

The only common element in these three scenarios is that they were the actions of an individual not a firearm.

If you’ve been keeping up with Facebook you have to sit and wonder why the company has been allowed to conduct business for as long as it has.

If you listen to its senior managers, the Facebook thought process is that since they allow people to connect with each other free of charge, it follows that any information they gather from you is theirs to do with as they please. Is it benevolence that moved the company to provide free people-to-people connectivity or is it the knowledge that if people were asked to pay for a subscription they’d loose most of subscribers. Subscribers are paying a higher price than they think.

Businesses buy ads on Facebook because of this huge subscriber base, but folks not every subscriber will see you ads; furthermore, how many Facebook subscribers will give you their business. I’ve yet to see data on how social media ads translate to sales for the advertiser. Businesses in the United States, and I suspect globally, have no idea how effective social media advertising is in driving sales. What I have been able to confirm, is that the majority of advertisers, and particularly small businesses, use social media because of it’s avant garde persona.

As always let us know what you think. Have a great weekend be safe and spend some quality time with your buds and family.