Posted on Monday, 18 June, 2018 by twobirdsflyingpub 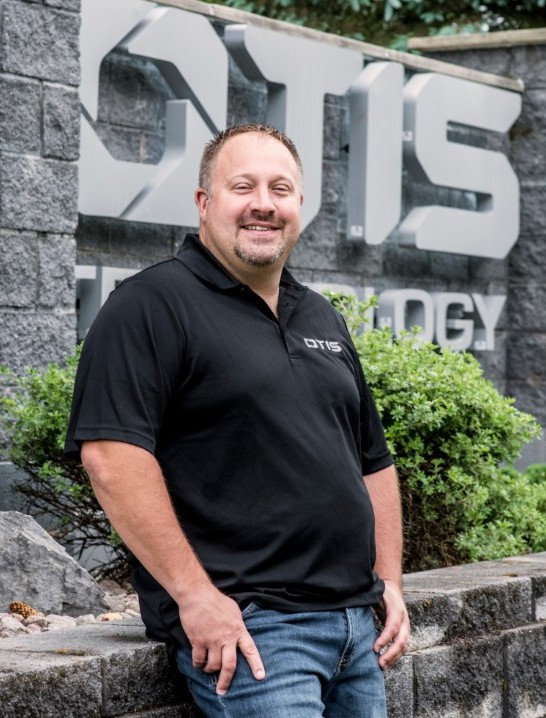 Lyons Falls, NY: In a company meeting yesterday, the Board of Advisors of Otis Technology announced to its employees that Larry Williams will assume the role of Chief Executive Officer, effective July 9, 2018.
Otis Technology was founded 33 years ago by the Williams family and has grown to be the premier brand of gun cleaning equipment and related accessories for the U.S. Military, Law Enforcement, and sport shooters worldwide.  Larry has been an integral part of the company for over 20 years.  He led the operations function for many years, working diligently to push the envelope when it came to operational excellence.  He was the driving force for shifting the Otis culture to that of a lean organization.
In 2013, Mr. Williams assumed a role on the Advisory Board among his siblings where his focus became more strategic in nature and mentored a team of senior managers, including current CEO Leonard Puzzuoli, to carry out strategic initiatives.  He continued to take on special projects within various departments, helping them achieve efficiency, cost savings, growth or other key objectives.
Otis Technology was founded in 1985 by Doreen Garrett.  She and her siblings – Larry Williams, Denise Miller and Nick Williams, together with their parents, Jerry & Lori Williams, worked tirelessly to position Otis as the leader in firearms maintenance products.  Doreen was CEO for 28 years before assuming her current role as Chairwoman of the Board.
Mr. Puzzuoli has been with Otis Technology for nine years, succeeding Garrett in the CEO role for the past five years.  He will assist in the transition over the next month and will be leaving the company.  The Board would like to thank Len for his years of service as both CFO and CEO.  Under Len’s leadership, Otis has recognized continued success in manufacturing excellence, product launches and sales channel expansion.
Mr. Williams commented, “I recognize the responsibilities and challenges ahead of us, and look forward to guiding Otis.  We are excited to continue to exceed our customers’ needs and expectations.  I appreciate the confidence the Advisory Board has shown in me and the entire Otis team.”
Otis Technology is known for manufacturing the most advanced gun cleaning systems and accessories available.  The superior Breech-to-Muzzle® design combined with unmatched quality has positioned Otis as the gun care system of choice with the US Military.