Posted on Friday, 21 September, 2018 by twobirdsflyingpub

“The Tennessee Atomic Blast 3 (2018 Tennessee Sectional) had heat, humidity, a little rain, and a whole lot of penalties waiting out there. My gear ran top notch, and my Shell Shock Technologies’ NAS3 cases put up with the weather, and my abuse, with boring reliability once again. Glad to run the best, and glad to walk away with the win,” commented Vlieger.

Vlieger has fired over 25,000 rounds of ammunition with Shell Shock Technologies’ NAS3cases since becoming sponsored in 2017 and plans to continue using it.

Vlieger can be seen competing next at the Target Sports Presents the SNS Indiana Section, to be held at the Central Indiana Practical Shooters in Atlanta, Georgia, Sept. 28 – 30, 2018.

Shell Shock’s NAS3 9mm cases are 50 percent lighter than brass cases, offer greater lubricity and will not abrade, clog, foul, wear-out or damage breach and ejector mechanisms. The cases offer greater corrosion resistance, tensile strength (2x stronger) and elasticity than brass. NAS3 cases will not split, chip, crack or grow (stretch) and are fully reloadable (using S3 Reload dies) and can be reloaded many more times than brass cases. NAS3 cases have been tested successfully by customers to pressures over 70k psi. NAS3cases can be picked up with a magnet. The head can be colored for branding purposes and easy load identification. 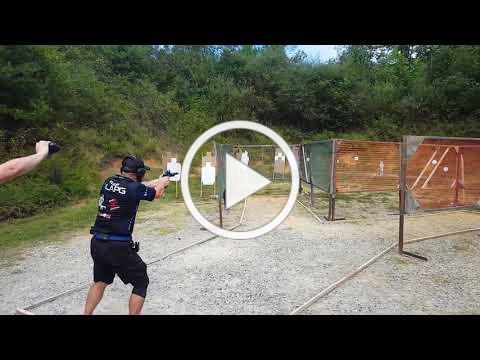 Watch the above compilation video of Vlieger competing at the Tennessee Atomic Blast.

Founded in Westport, Connecticut, in 2015, Shell Shock Technologies, LLC is an early stage technology and manufacturing company focused on developing innovative case technologies for the ammunition industry. Shell Shock is a component manufacturer supplying shell cases to the shooting sports market, as well as to U.S. and foreign ammunition manufacturers, law enforcement, military and other government agencies. Shell Shock does not load ammunition. www.shellshocktechnologies.com