Posted on Tuesday, 4 December, 2018 by twobirdsflyingpub 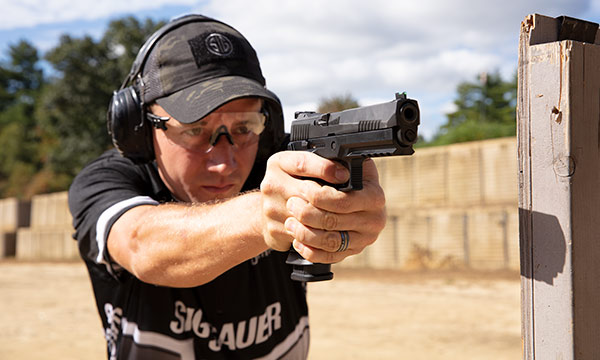 “We are thrilled to see Daniel win his first match as a member of Team SIG, and to do it at Fort Benning where he spent his military career as the captain, and member, of the U.S. Army Marksmanship Unit is very fitting,” said Tom Taylor Chief Marketing Officer and Executive Vice President, Commercial Sales, SIG SAUER, Inc. “Given that this was the first time Daniel had used his SIG equipment in competition it really demonstrates his impressive skill, and we look forward to watching his career as a professional shooter and member of Team SIG unfold.”

“It was very exciting to compete for the first time as a member of Team SIG, and to compete alongside my teammate Lena Miculek was a huge help in stage planning and gear preparation,” added Horner. “In rifle competition the combination of all my SIG equipment really gave me a massive advantage over the competition on any long range or low percentage targets. In pistol competition the handling and accuracy of my P320 XFIVE provided me the edge I needed to win the pistol stage against everyone in the competition including the open pistols that were allowed red dot sights and compensators.”

Like Loading...
This entry was posted in competitions and tagged Daniel Horner, Fort Benning, SIG SAUER. Bookmark the permalink.