THE BUSINESS CASE FOR THE WALL

Posted on Friday, 14 December, 2018 by twobirdsflyingpub

It’s Friday and we’ve made it through another week. Hurray! Those of you that are last minute shoppers get your shopping done so you can relax and enjoy the Season.

So, it’s for that reason that I decided to make this week’s shoot the shit topic a “Business Case for the Wall.” As with all shoot the shits, readers are free to make unsupported statements, use uncensored profanity, insult anyone they wish or change the subject altogether. And, now …

There are a number of authoritative sources available on line, including the DEA,  who attempt to dimension the scope of the United States’ illicit drug problem. For my discussion I’ve chosen $ 160 billion a year, the most conservative estimate – my pie chart below shows how that $160 billion estimate is allocated. However, a better number in about $197 billion a year, with a high degree of confidence, an estimate that is expected to grow as more and more states legalize recreational use of marijuana, and although public opinion is that marijuana is not a gateway drug, one thing is certain,  the majority of illicit drug addicts have all been marijuana users. Having said that, what are the benefits of a wall. 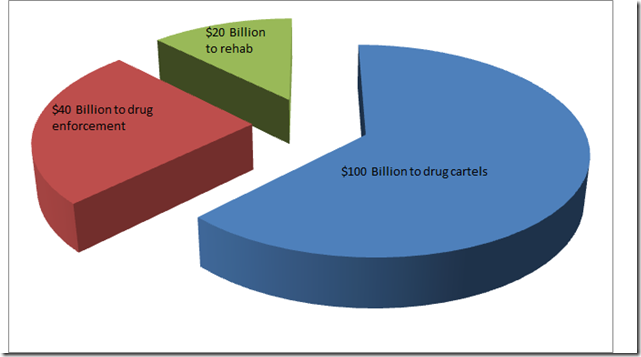 One obvious benefit is illegal immigration control. Illegal immigration serves as a catalyst for prostitution, drug trafficking and gang member recruitment, false identification crimes and identity theft; not to mention placing a financial strain on social safety net budgets. A second benefit is its impact on illicit drug control.

Presently, United States drug users account for $100 billion per year of drug cartel revenues. That cash flow goes to increasing drug trade, purchasing weapons,  the corruption and destabilization of Central American governments, funds gangs like Columbia’s FARC and Peru’s Sendero Luminoso to name just two. It’s also a source of income for radical Islamist groups. If the wall were only effective in reducing 25% of illicit drugs, it would reduce drug cartel revenues by $25 billion per year. Additionally, all enforcement efforts would greatly benefit.

A wall would allow more effective use of CBP personnel. Rather than increasing manpower, by far the more costly approach, agents could be better allocated among geographical areas that represent a greater risk thus shortening response times and improved resource utilization. Dollars spent hiring personnel can be applied to improving voice and data communications needed by agents operating in remote areas where 3G or 4G networks are not available.

Those who argue that a wall is not effective need to consider that patrolling the border using UAVs has a huge annual recurring cost, demands highly skilled personnel and can readily be defeated. All a drug smuggler need do is estimate agent response time to the their crossing point; whereas, a wall is a physical barrier requiring time and energy to defeat. Once the initial investment is made, maintaining the wall is less costly year over year.

With it’s ability to discourage illegal immigration, reduce illicit drug trafficking, reduce manpower requirements and lower recurring cost, the wall,  when fully implemented, has a payback of less than a year.

To our legislators, do your homework and don’t be like the child that covers his ears and rants because he does not want to listen. 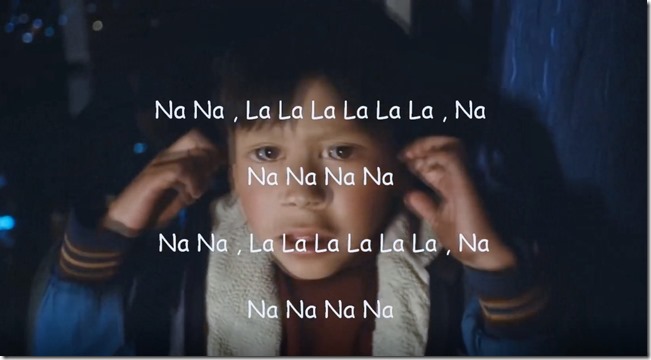 Have a great weekend! Be safe don’t overdo the company Christmas party and by all means spend some quality time with your buds and family!