Posted on Tuesday, 18 December, 2018 by twobirdsflyingpub 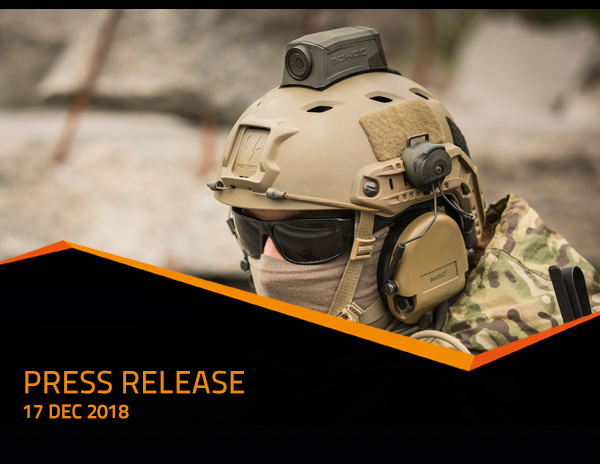 Seattle, WA. MOHOC, Inc., creator of the world’s first military-optimized helmet cameras, has been awarded two NATO/National Stock Numbers (NSNs) for its MOHOC® Camera and MOHOC® IR Camera (infrared model) by the U.S. Defense Logistics Agency (DLA) following requests from multiple NATO Member States.
“We are excited to offer our customers the contracting ease and logistical convenience that comes with NSNs,” commented John Prosser, MOHOC Director of International Sales. He added, “For governments or user groups who are not yet familiar with MOHOC® Cameras, the award of NSNs provides the credibility of knowing major NATO customers saw fit to codify our equipment into their procurement systems.”
Already widely used by Special Forces and tactical law enforcement for training and live operations, the NSNs mark a significant milestone as MOHOC® Cameras are increasingly adopted by conventional military and first responders. The products are cataloged as follows:

About MOHOC, INC. Founded in 2014, MOHOC develops specialized cameras and accessories for elite end users. By combining the leading sport camera technology with a deep understanding of tactical requirements and design input from Special Forces, the company provides solutions to customers not satisfied with action cameras or body cameras. Released in 2016, the original MOHOC® Camera was soon complimented by the MOHOC® IR Camera (infrared model), iOS and Android apps for live streaming, and a range of accessories for mounting positions beyond the helmet (K9, Weapon, Shoulder). MOHOC products are now in service in over 60 countries. For further information, please visit www.mohoc.com.
About NATO/NATIONAL STOCK NUMBERS (NSNs). NSNs are 13-digit Item of Supply codes assigned to authorized products by the National Codification Bureaus of NATO Member States. The NSN acronym is read as National Stock Number in the United States, whereas outside the U.S. it is known as NATO Stock Number, but the composition and utilization of the NSNs are the same.

Like Loading...
This entry was posted in ISR and tagged camera, DLA, IR, MOHOC, NSN. Bookmark the permalink.