Posted on Friday, 21 December, 2018 by twobirdsflyingpub 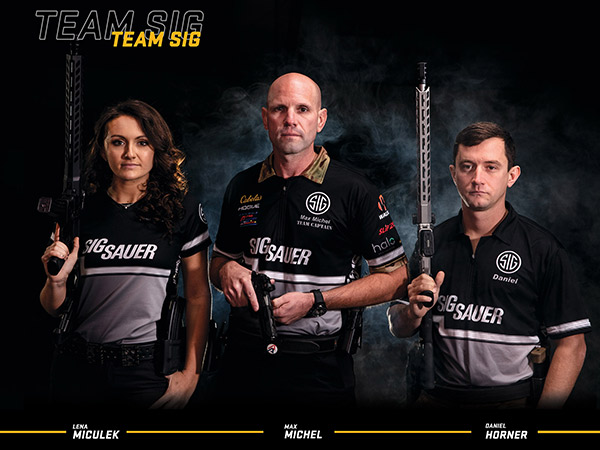 “This is a really exciting time for Team SIG, and we are very proud of Max, Lena, and Daniel’s accomplishments this past year,” said Tom Taylor, Chief Marketing Officer and Executive Vice President, Commercial Sales, SIG SAUER, Inc. “In 2018 Max set his sights on carry optics and raised the level of competition, Lena broke barriers for female professional shooters in PCC, and we only got a small glimpse of what Daniel will accomplish for Team SIG in 3-Gun competition. In 2019, I expect that each of them will continue their dominance by taking their competition to the next level with SIG SAUER pistols, rifles, optics, and ammunition.”

All SIG SAUER Electro-Optics and Ammunition used by Team SIG is available for purchase online at sigsauer.com/store