Posted on Friday, 8 February, 2019 by twobirdsflyingpub 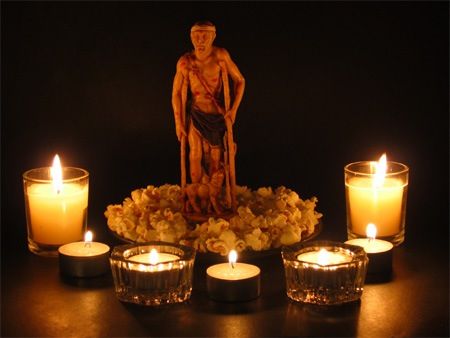 Well readers we’ve made it through another week and its time for a little R&R. It’s also time for our weekly shoot the shit. That social interaction where participants can discuss any topic, but unlike more formal events where participants need to know what they’re talking about, a shoot the shit does not require participants to know anything. It’s as close to a Congressional meeting as you can get. So, participants are free to make any unsupported comment, use uncensored profanity, insult anyone they wish or change the subject altogether. A weekly shoot the shit will keep you from having to pay $150 hour to someone that studied psychology so they could understand themselves. So let’s get started…

You’ve undoubtedly herd of Congresswoman Alexandria Ocasio-Cortez, who I affectionately refer to as “Ding Bat”, represents New York’s 14th Congressional District (Eastern Bronx and North Central Queens). I can accept that she’s energetic, charming and cute, but add to that clueless. I’m not entirely sure what she studied at Boston University but she definitely missed study hall. I’d love to see her official college transcript. The poor woman’s ideas give anal extraction a new and expanded meaning and 14th Congressional District voters are paying $250K fully loaded a year plus travel and staff costs along with offices in the 14th District – unbelievable. Someone should tell AOC that the expulsion of intestinal putrefaction from cows and humans is methane (CH4) along with traces of sulfur dioxide and other gases. What AOC doesn’t get is that her policies will ensure that the number of “ordinary” people in the country would increase exponentially. Nancy Pelosi better get a handle on her Party.

As I watched AOC and her group of clad in white women , I did not see a group of serious, patriotic and dedicated professional problem solvers. I saw what reminded me of a Santeria shindig minus the chicken and BABLU AYE music.

Recognizing that readers may not be familiar with Santeria I’ll give you a brief expose’. 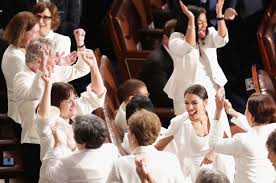 The only thing missing from the Ocasio-Cortez Congressional group was the dead chicken ritual and a little music. If you hung out for whatever reason in Central America or Northern and Central South America you’ve undoubtedly seen some dead chickens on some door steps. The form changes from region to region, but, by far, the best is the Cuban dead chicken. The chicken’s throat is cut its breast is cut open then grains of corn and coins are placed inside. Taking the coins will curse you unless you wash them in your own urine. I kid you not!

I hope you’ve enjoyed this week’s shoot the shit. Get a little rest and spend some quality time with your buds and family.