Posted on Tuesday, 19 February, 2019 by twobirdsflyingpub

The CPRC has just issued our newest annual report on the number of concealed handgun permits in the US.  A copy of the report is available for download here.  Some updated numbers are shown at the bottom of this post.  Past reports can be viewed here.  The executive summary is shown here:

Among the findings of our report:

The report is available to be downloaded here. 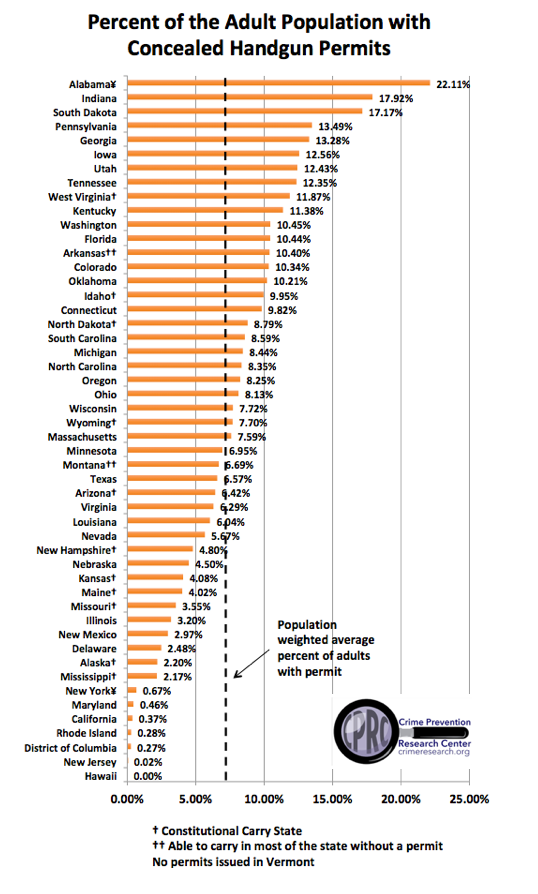