DOGS ARE GREAT BUT LINE THE CAGE WITH THE WASHINGTON POST

Posted on Friday, 8 March, 2019 by twobirdsflyingpub 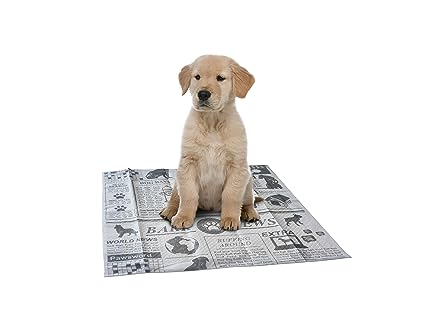 It’s that time of the week where we look forward to a couple of days off. I hope you’ve all had a productive week. The weather is improving and the outdoors is looking great; however, please keep in mind those who lost their lives and homes in Beauregard, Al from the devastating tornado. Take a little time to explain to your children that the world is not coming to an end in 12 yrs. and that they will have a long and productive life ahead of them.

There’s so much b.s. going around, but don’t let it get to you or you’ll end up running to a jackass who studied psychology so they could understand themselves and pay at least $150 per hour for the privilege. The better alternative is to turn off social media, get a group of friends, or family members, together and have a good shoot the shit. What’s a shoot the shit you say?

A shoot the shit is a social event where any number of topics can be discussed, but unlike a business meeting, shoot the shit participants don’t need to know anything about the subject being discussed. They cam make any unsupported statement, use uncensored profanity, political corrects is out the window and they can insult anyone they wish or change the subject at any time without observing meeting protocols. Try it you’ll be pleasantly surprised. However, if you can’t get your own shoot the shit going you’re welcomed to participate in ours. So let’s get started.

If you’re concerned about the new crop of Democratic House Representatives, you should be because it’s quite likely the oath of office meant nothing to them; furthermore, there is demonstrable evidence of intellectual anemia; not to mention a marvelous economy of vocabulary. Of further concern is that other members of the Democratic House are aligning themselves with these individuals so they can get more likes on Twitter.

Imagine kicking-off a House Committee meeting with this…

Translated it means this Committee is called to order

Then, of course, you have House members that think chasing 25,000 jobs with an average salary of $150,000 per year out of town is helping their neighborhood, that the world is going to end in 12 years due to climate change, that cow flatulence is polluting the atmosphere with methane, that aircraft should be banned, that all fossil fuels must be banned, that all buildings in the U.S. must be redesigned to be Green and maybe we shouldn’t have children – folks you have to pay to be that stupid!

Just think, these new Democratic House members are being paid a fully loaded* salary of $250,000 per year. This does not include office space, staff etc. etc.

Making matters worse is a media that not only misinforms, they make no effort to be objective and informative, for example today’s morning headline from the Washington Post

Headlines like these are designed to make you think that Trump’s economic policies are failing. Let’s talk about this.

Globalist policies of previous administrations have placed the U.S. economy at risk; as a result electronics, appliances, apparel, telecommunications equipment, smart devices, notebooks, laptops and semiconductor manufacturing left the United States. The Chinese, for example are doing everything humanly possible to destroy the United States’ manufacturing base. They do that through labor and currency manipulation to make Chinese products cheaper. They’re doing the same thing to the EU. We know that there are other serious issues like intellectual property rights, cyber industrial espionage and perhaps less serious, the poor quality of Chinese products.

A trade deficit exists when a country imports more than it exports. The reason why we had a high trade deficit is because people bought more. They did that because there is a higher level of employment, earnings are up and taxes are lower. When you get a raise or pay less in taxes, you go out and buy something that you’ve wanted, but  because you are buying something not manufactured in the U.S. you are adding to the trade deficit. Does that mean Trump’s policies are failing? Absolutely not! We have higher employment and incomes but we’re not manufacturing enough here. Trump is attempting to reverse that by creating a business friendly environment. One of the positive results of that policy is Apple’s decision to repatriate earnings along with moving some manufacturing to the United States, for example.

If you’re not cognizant of these things you are easily sucked into believing that Trump is failing, not even close! Economies as large as the United States’ are like ocean super tankers, it takes miles to turn them around.

Something else that the Washington Post never discusses is the fact that we are exporting more. This is the excerpt from the BEA report

So we are selling more which is as a direct result of Trump’s trade and business policies. Donald J Trump is not failing, and when you read these publications relegate anything you read about the Trump Administration to cage liner.

On to another topic…

I was tracking when the gay community was originally classified a “gays”  then it went to LGB I was cool with that too. Then they add T no problem so far and more recently they added Q. I don’t like the Queer designation because I’ve know straight people that are pretty dammed queer but hey, I’ll go along with it.

Hey, have you guys seen this video? It is awesome. I think someone on Fox News ran it but I’m not sure; however, it is great and will make your day if you’re a dog lover.

I hope you’ve enjoyed this week’s shoot the shit. Keep sweat pumps in low speed, enjoy the weather along with some quality time with your buds and family.

** They didn’t even have the decency to net out the $891 billion by the trade surplus in services.

Like Loading...
This entry was posted in Shoot-the-shit and tagged Congress, dogs, trade deficit. Bookmark the permalink.