Where Did Lithium-Ion Batteries Come From?

Posted on Friday, 11 October, 2019 by twobirdsflyingpub

Thank God it’s Friday! We made it through another week. Anyone out there tired of the impeachment extravaganza? I think these poor bastards think that we’ll get sick of hearing about it and get turned off towards Donald J Trump. Have I got news for them! There are life long Democrats switching parties in my neck of the woods. However, it does take a toll on you so you may be thinking about seeing a therapist. STOP!

A therapist is someone who studied psychology so they could understand themselves. There’s also a very good chance they couldn’t pass the MCAT (Medical College Admissions Test). A therapist will charge you $150+ per hour for something you can do free of charge through a good shoot the shit. What’s a shoot the shit?

A shoot the shit is a social interaction during which any topic is up for discussion. Participants don’t need to know anything about the topic being discussed, make any statements or assertions without providing support for their opinions, use uncensored profanity, insult anyone they wish or change the subject.

So, let’s shoot the shit. 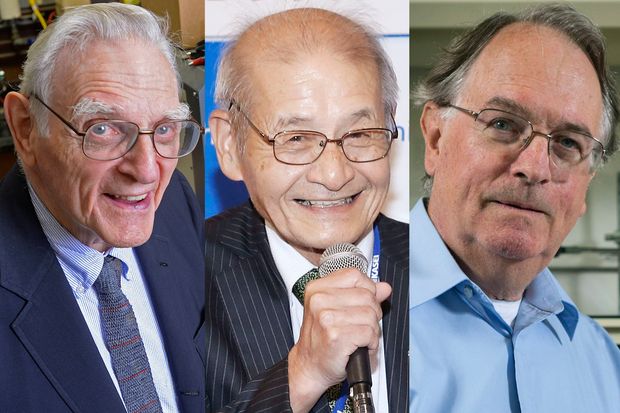 We often go through life taking things for granted, things like the lithium-ion battery, which is now common place.

I read an outstanding article, in the Wall Street Journal, where they identified U.S. engineer John B. Goodenough, M. Stanley Whittingham of the U.K. and Akira Yoshino of Japan as the lithium-ion battery inventors. The three scientists received the Nobel Prize for Chemistry, and will split a $906,000 prize awarded by the Royal Swedish Academy of Sciences.

Sony Corp. was first to commercialize the lithium-ion battery in the early 1990s, followed by a joint venture of Asahi Kase i Corp., which Dr. Yoshino is affiliated with, and Toshiba Corp.

Without the work of these three distinguished scholars we would not have weapon mounted lights, NVGs, laser sights, Thermal Imagers, red dot sights, external power packs, aircraft fires and automobile explosions. All kidding aside their work ushered in a new era of self-contained power subsystems.

This impeachment movement has possessed the Democrat Congress. It’s mindboggling! Here’s how we are being floor-flushed. The possessed House Democrats without a shred of evidence are alleging :

My question to those allegations is tell me specifically who, what, where and when Presidential power was abused or justice obstructed. Support your allegations! They can’t, this entire charade is designed to convince an electorate that does not know what obstruction of justice or abuse of power is, but it sounds bad.

This week our favorite Congressional luminary, Congresswoman Ocasio-Cortez, went on record calling for an end to jails and incarceration.

“Mass incarceration is our American reality. It is a system whose logic evolved from the same lineage as Jim Crow, American apartheid, & slavery. To end it, we have to change. That means we need to have a real conversation about decarceration & prison abolition in this country.”

Folks, it’s hard to imagine someone as imbecilic as Congresswoman Ocasio-Cortez, truly remarkable!

Have a great weekend, be happy, be safe, keep the sweat pumps in low speed and do spend some quality time with your buds and family.