Posted on Tuesday, 15 October, 2019 by twobirdsflyingpub 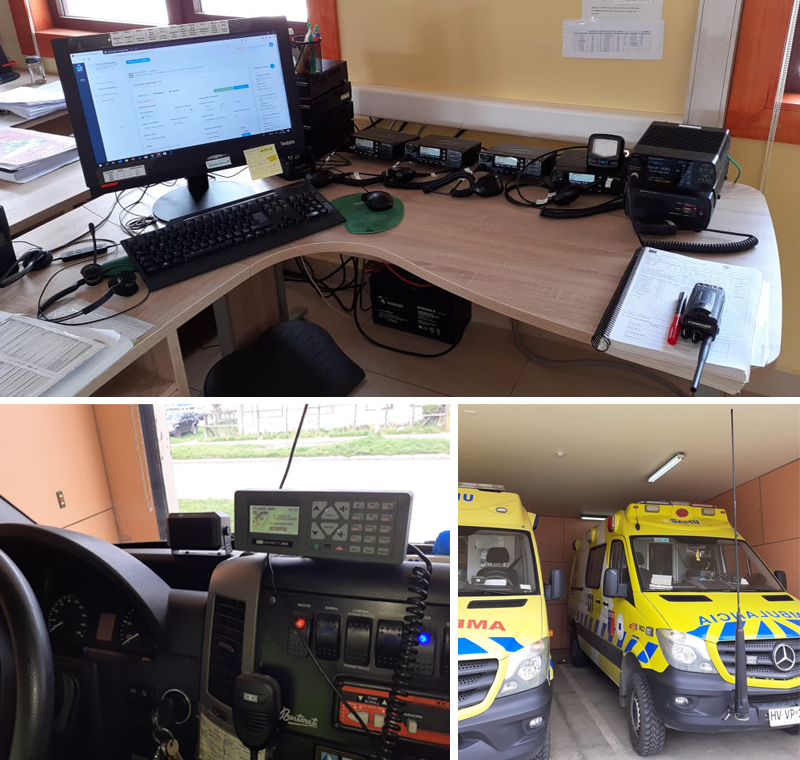 Barrett Communications have recently supplied a contract to the Urgent Medical Attention Service in Chile, to strengthen and secure communications between hospitals and ambulances in the Aysen region.

In December 2017, the town of Villa Santa Lucia in Patagonia, Chile, was hit by a mudslide that enveloped a third of the town. The Barrett Authorised dealer in Chile, Skytel Telecomunicaciones, quickly assisted the local Urgent Medical Attention Service (SAMU). They equipped two ambulances with Barrett High Frequency (HF) radio communications equipment as part of the team deployed to Villa Santa Lucia.

During the weeks that followed, SAMU recognised the benefits of HF radio communications in these remote locations and determined to upgrade their network to include additional HF systems.

Mr. Diego Del Gallego, Barrett Communications Operations Manager – Latin America, commented: “One of the major challenges faced by SAMU was that as soon as their ambulances left a major town, their existing communications systems could not be used. HF now enables them to maintain communications along the entire journey, which, in some cases, can be covering many hundreds of kilometers”.
The HF network provided by Barrett covers the remote and isolated region of Aysen, which extends over 100,000km2 and the SAMU system has been designed to maintain constant communications between the fleet of 15 ambulances, two regional hospitals and the major Health Ministry office in Chile’s capital city, Santiago.

The Barrett 2050 HF Transceiver in mobile vehicle configuration, together with the Barrett 2019 Auto-Tuning antenna, has been integrated into the entire ambulance fleet. The Barrett 4050 HF SDR’s base station has been installed in the hospital and in the Santiago Office. The HF base stations have been loaded with the Barrett 2020 HF email system and HF vehicle tracking software. This will enable voice, email and data communications coverage and real time tracking of the ambulance team by the office radio operators.

Mr. Del Gallego noted that “the Barrett 2050 transceiver and 4050 HF SDR include Digital Voice and ALE [Automatic Link Establishment] options which automate many of the radio functions and provides clear, near telephone quality, radio communications over the entire HF network”. He continued, detailing that “the station in Santiago is of great importance in the co-ordination of emergency relief efforts, as in the Santa Lucia Mudslide, where in future, the Santiago station will be used to monitor and provide communications when overseeing the entire emergency plan across the region.”

Barrett Communications is the specialist Australian designer and manufacturer of commercial and tactical HF and VHF radio communication systems.
The Company’s global distribution to over 150 countries and customer support network in over 65 countries allows it to provide both OTS and turnkey network solutions to meet their clients’ exact requirements.
Since 1976 Barrett Communications has provided HF communications solutions to military, government, security, business and Non-Government organisations around the world.

Additional information about Barrett Communications is available at www.barrettcommunications.com.au