Honey It’s a They!

Posted on Friday, 18 October, 2019 by twobirdsflyingpub

This week has gone by like a shoot, so here we are looking forward to the weekend and a little R&R. It’s also time for our weekly shoot the shit. But, before getting started I would like to take a moment to expresses my sincerest condolences to Congressman Elijah Cummings’ family and Congressional colleagues. I had the opportunity to meet the Congressman a number of years ago – a warm and extremely nice man.

So, what’s a shoot the shit? Simply stated, it’s a social event assembled to talk about anything that comes to mind whether you know anything about it or not. Participants are free to make unsupported statements, use uncensored profanity, insult anyone they wish or change the subject. Shoot the shits enhance cultural interaction, promote comradery; as such, they’re a great team building tool. They are also more effective, than paying $150 to a jackass who studied psychology so they could understand themselves.

So let’s get started…

Another Alexandra Ocasio-Cortez moment in history

During her speech at the 2019 C40 World Mayors Summit in Copenhagen our Twitter Princess says:

AOC: “If I were to have a child in the next few years, he, she, or they, will have to contend with the world where some of our most precious, critical infrastructure goes underwater. I speak to you as a human being. A woman whose dreams of motherhood now it taste bittersweet.”

Forget for a moment that the entire event was theatrics by someone who wouldn’t know a carbon atom from a tootsie roll , she is concerned about having a child in the next few years, he, she or they. So, what the hell is a they?

(baby crying loudly in the background) A gowned doctor slowly walks out to the waiting area and says to the anxiously anticipating father – Mr. Jones you are the proud father of a 7 lb. baby they.

The other thing that really bothered the heck out of me this week was the entire NBA/China extravaganza. If you’re not up to speed on that issue, here’s the 30,000 ft view.

Daryl Morey, the general manager of the Houston Rockets, fired off a Twitter post using a slogan used by the protesters in Hong Kong, just as the league was preparing to stage games in Shanghai and Shenzhen between the Los Angeles Lakers and the Nets. Morey later deleted the post. Bottom line he was expressing his support for the Hong Kong protestors. That, apparently upset the Chinese government who took the games off the air. Impacting the NBA’s wallet.

The NBA Commissioner Adam Silver, who could very well be an extraterrestrial, failed to support Daryl Morey for expressing his views; choosing instead to cave to the Chinese prioritizing the financial relationship between China and the NBA than the rights of people to freely express themselves.

I’m sure he’s a great American and NBA Commissioner but he could also be cast as Jack Jeebs the humanoid form alien from Men in Black 1 and 2. Jack Jeebs works in a pawn shop and can alter his face to look like someone else.

Long Range and Extended Range precision shooting have taken off as a sport. Sending a 6.5 Creedmore round down range to hit a small steel target at over 1200 yards is challenging. Muzzle velocity, ballistic coefficients, barrel rifling, environmental data like station pressure, ambient temperature, wind and wind direction, spindrift and coriolis effect are significant in the overall equation. But as simplistic as it may seem, the most challenging component for most shooters is wind.

Solving for wind involves two vector quantities the wind vector which consists of wind direction and speed and the firing vector, which consists of direction of fire and target range. In 2019, there is a veritable cornucopia of tools available to the shooter; in the form of wind meters, ballistic applications and computers designed to deal with all of the variables. Their use has significantly advanced the sport in many ways, but they’ve also impacted basic skills; much like what the availability of GPS has done to map and compass land navigation.

The figure on the left illustrates what we need to address to correct for wind. You can process the data using a wind meter and correct for the wind with a ballistic calculator but your meter’s impeller just fell out or your smart device died. Now what? That’s why I’m a huge proponent of basic skill preservation, and wind reading will help you. So, how can you repair those basic skill sets? Here’s one suggestion for you. 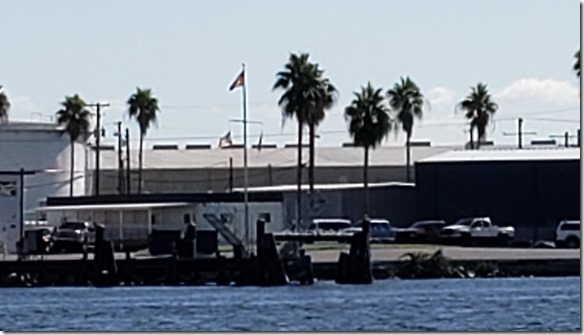 Not a bad call! When you are out and about, take a wind meter with you and make wind calls using smoke stacks, flags, foliage or any one of several wind direction and speed clues like mirage, from a hot pavement. Go out and get those basic skills back. They won’t fail you when technology craps out!

Have a great weekend folks! Be safe enjoy the great weather we’ve been having and spend some quality time with your buds and family but for God’s sake have a shoot the shit!