Put FMJs In Their Place

Posted on Monday, 8 June, 2020 by twobirdsflyingpub

The shooting sports run on a steady diet of full metal jacket handgun ammunition. Ranges soak up countless millions of FMJ rounds as shooters of all stripes train, plink and compete—and it’s not hard to see why. FMJs are accurate, affordable and widely available in virtually every cartridge and bullet weight.

The problem is that those same traits tempt some shooters to use FMJ ammunition for concealed carry. And that’s a mistake. Only expanding bullets specifically designed for self-defense should ever be used, and the consequences can be deadly.

At its core, carry ammunition needs to quickly stop an attacker, which requires the bullet to reach and destroy vital organs and as much tissue as possible in route. An expanding bullet does this by creating a larger wound cavity than the original bullet diameter. 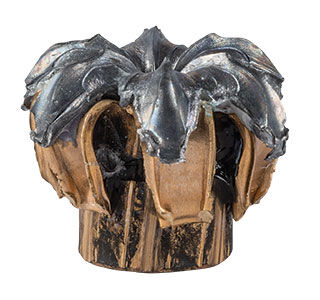 An FMJ round, however, doesn’t expand at all, creating an extremely small wound channel, causing minimal tissue damage, and transferring little of its energy in the process—and handgun bullets already carry almost no energy compared to their rifle counterparts.

That leads to the second point: over-penetration. Since an FMJ bullet doesn’t expand and retains most of its energy as it passes through a target, it penetrates far beyond what’s needed for effective self-defense. This poses a serious threat to bystanders—even those in adjacent rooms or outside exterior walls.

Specially designed ammunition like Federal Premium Personal Defense HST, Hydra-Shok Deep and Punch are ideal choices for these life-and-death encounters. Not only do all of these bullets expand aggressively to stop an assailant, they are calibrated to penetrate deep enough to stop any threat while posing less of a risk to others nearby.

It’s why FMJ only belongs at the range.