911 What’s Your Emergency? Alright mam, we can have someone there tomorrow before noon…

Posted on Friday, 12 June, 2020 by twobirdsflyingpub

It’s Friday readers and we’ve made it through another week. It’s been 11 days since the killing of George Floyd by Minneapolis police. That man was arrested for allegedly passing a bad $20 bill to purchase cigarettes and ended up being executed by inept police officers. I don’t know about you but I wouldn’t know a bad $20 from a prophylactic and there are quite a few floating around. Another interesting point is why didn’t the store clerk, who reported Floyd to the police, refuse the transaction. They have pens that can be used to determine the legitimacy of the bill. What an utter and complete disaster the event turned out to be!

So, if you’re feeling stressed out by all this, which is understandable, please don’t kill yourself, become a drug addict, serial killer or download behavioral science apps. Deal with stress and signs of depression by exercising ,frequent fornication and shoot the shits. You’ll feel better almost immediately, and you wont blow a wad of cash on  jackasses who majored in psychology so they could understand themselves. I’ve talked about this before but keep in mind that the highest concentration of mental health practitioners are in CA, NY and Philadelphia that should tell you all you need to know.

For those of you not familiar with a shoot the shit, I’ll introduce it by calling it a social interaction during which any topic can be discussed; participants don’t need to know anything about the topic, are free to make unsupported comments, use uncensured profanity, insult anyone they wish or altogether change the subject. Shoot the shits are best held face to face but in this time of social distancing Zoom, Skype or WebEx are equally suitable mediums. Ok let’s shoot the shit.

As tragic as Mr. Floyd’s murder was, he’s done the country an enormous favor. Through the loss of his life he revealed the level of ineptitude in government, particularly at the state and local levels, just look at the Capitol Hill Autonomous Zone (CHAZ) movement in Seattle. The aftermath of the subsequent rioting and looting, to exclude peaceful protest, is a national embarrassment. The communities and businesses that governors and mayors were obligated to protect were destroyed by individuals who hijacked Floyd’s death to destroy and steal. If that wasn’t bad enough, most of these elected officials are calling for the defunding of police and/or dismantling police altogether. It’s unbelievable!

The defund police movement features supporters like Congresswoman Ocasio-Cortez who is opposed to police departments getting TANKS from the DoD. AOC is cute and I’d date her but she has to be intellectually challenged. The program that provides for DoD assistance to police departments is called the 1033 Program. From 1997 to 2014 the most commonly obtained item from the 1033 program is ammunition. Other most commonly requested items include cold weather clothing, sand bags, medical supplies, sleeping bags, flashlights and electrical wiring. The 1033 program also transfers office equipment such as fax machines, which many smaller police departments are unable to afford. The DLA also offers tactical armored vehicles, weapons, watercraft, and aircraft. The tactical armored vehicles are not tanks they’re MRAP vehicles used to protect officers as they approach a high risk situation and / or evacuate hostages. 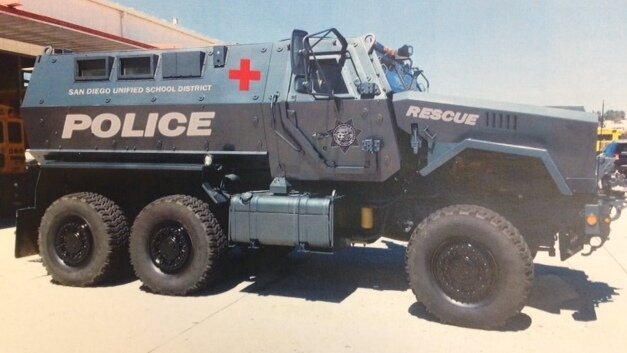 Prior to the 1033 Program, law enforcement budgets were so stretched that departments couldn’t afford ammunition, let alone update firearms and communications equipment.

Now, I criticized AOC because she’s been very vocal but it points to a more serious problem and that is that we have a Democrat Congress advancing legislation that has no idea on how to address a problem that is largely a fabrication. They want to hit local law enforcement budgets so they can fund social workers and psychologists interaction with perpetrators, are you kidding me folks!

Watch the video below, it’s 11 minutes long and it’ll be the best 11 minutes you could spend as it represents how the police discussion is being advance.

On a lighter side, I ran across a business with a rather interesting name and logo.

A little more good news for you, gun ranges are opening back up; however, most are limiting the number of people and limit range times to 1.0 or 1.5 hours. We’re slowly getting there thank God because I’m so far behind on reviews that require range time.

In closing, we are living through some difficult times but hang in there as this too will pass. Have a great weekend, be safe and have a shoot the shit.