Posted on Monday, 20 July, 2020 by twobirdsflyingpub 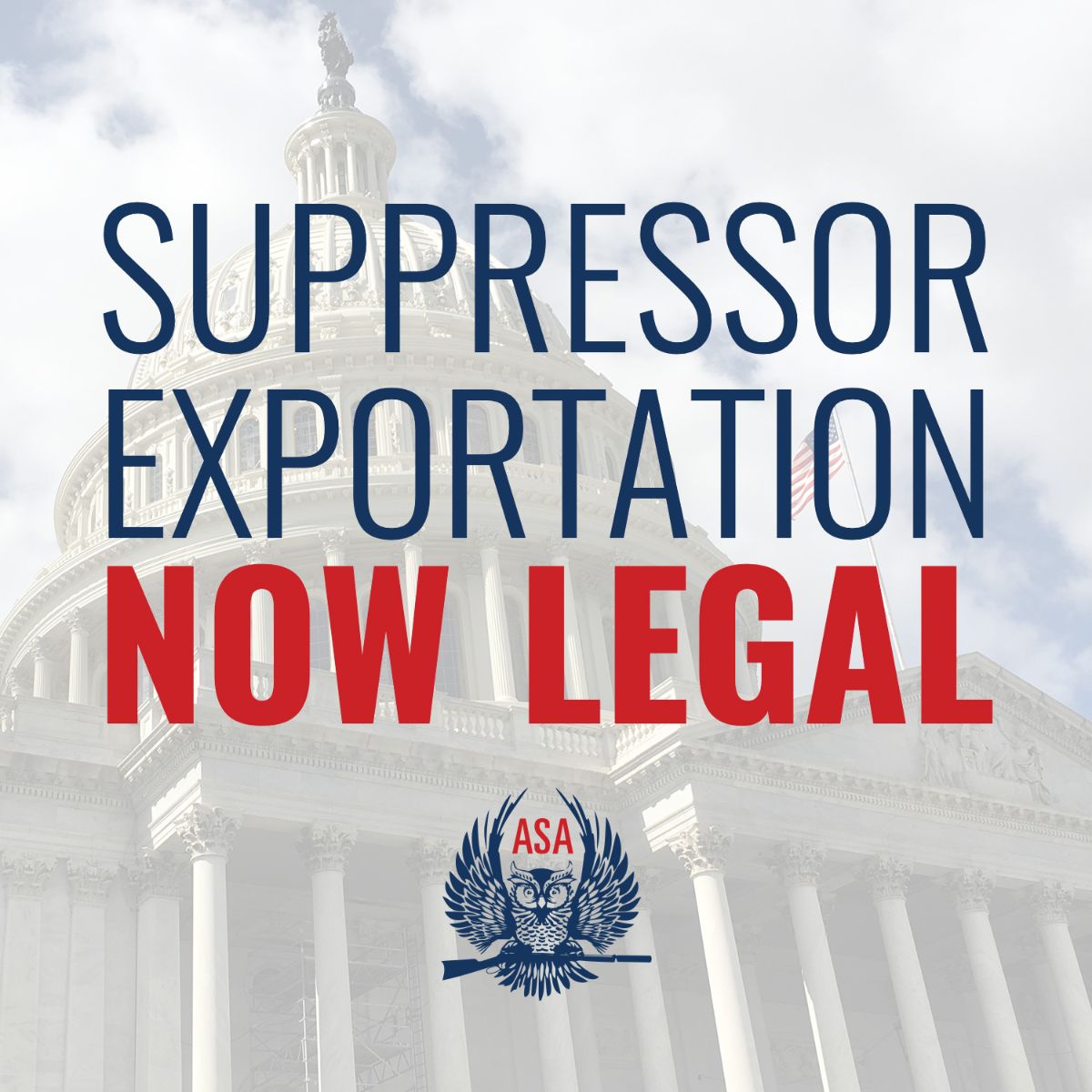 WASHINGTON, D.C. – The American Suppressor Association (ASA) is thrilled to announce that the Trump Administration has officially legalized the commercial exportation of firearm suppressors, effective immediately. The State Department’s rescission of the misguided and ill-informed April 18, 2002, internal memorandum that unilaterally prohibited the commercial exportation of suppressors is the culmination of six years of work by the American Suppressor Association. The ability to compete in existing foreign markets will generate millions of dollars in annual revenue for small businesses across the country, increasing US exports, and creating hundreds of American jobs in the process.