Posted on Friday, 14 August, 2020 by twobirdsflyingpub

We’ve made it to the end of the week and I hope  it’s been a productive week for you; that you’ve remained optimistic, which in and of itself is an accomplishment  given the times we live in. But that was last week and we now have a weekend to look forward to.

The Center for Disease Control published their survey conducted to establish were American’s mental health is. The survey found that 40.9% of respondents reported at least one mental or behavioral health condition:

In my opinion most of this is related to the 24×7 barrage of news media reporting and the incessant bickering about what should be done – keep in mind that many of these folks don’t know a virus from a zit. On one hand you have medical professional who can’t arrive at a consistent opinion as to what people should do; on the other you have economists offering conflicting opinions on where the economy is and how to get it moving. All of which creates a great deal of uncertainty within the general public; leading to the conditions reported by the CDC.

Regular readers have already been exposed to my view of psychologists that I’ll reiterate by saying that a psychologist is a jackass who majored in psychology so they could understand themselves.

However, I’ve never expressed my view of economists. The first thing you need to know is that economics is a social science, which means you could lineup 100 economists nuts-to-butts and each will have a different opinion. Most if not all have never run a business. You’ll usually  find a handful of economists at major corporations, who’s principal contribution is help the CEO and CFO bullshit in the 10Q and 10K (quarterly and annual financial statements respectively). Within the family of economists you have a group that “specialize” in Econometrics, they are the techno-winnies  of economics and remind me of the Order of Cistercians of the Strict Observance. They design models to “forecast” (the more accurate expression is anal extraction) economic conditions. The only difference between a psychologist and an economist is that the economist passed three semesters of calculus.

A shoot the shit is a social interaction during which any topic can be discussed. Participants don’t need to know anything about the subject, they are free to make any unsupported comment, use uncensored profanity, insult anyone the wish or change the subject. I will guarantee that by the 3rd or 4th shoot the shit your mental health will show marked improvement. So let’s get started. 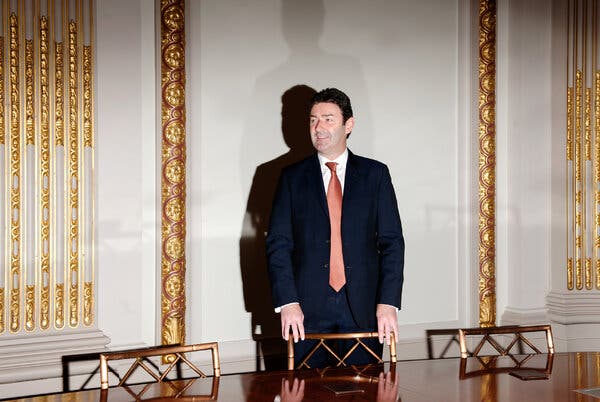 Steve Easterbrook, McDonald’s former CEO was removed for sexting with a subordinate. After apologizing for his conduct, he stepped down and received an exit package worth some $40 million. I can only assume that the sexting was a bilateral exchange of language and images but who the hell knows.

As it turns out, a few months after leaving, a McDonald’s employee reported that Easterbrook had a sexual relationship with another employee. It appears that Steve Easterbrook had a sexual relationship with three McDonald’s employees that he did not disclose, but he “awarded a lucrative batch of shares to one of those employees.” He was obviously impressed by that one individual’s performance but the other two received no financial rewards. This entire thing is weird but to make a long story short McDonald’s is trying to recoup Easterbrook’s exit package

On a more serious note, NSSF say that SHOT SHOW 2021 is a GO. They’ve published Exhibitor Guideline that you can read below

Alright, that’s it for this week. Have a great weekend, be safe, stay healthy be happy and schedule a weekly shoot the shit, they work.