WE HAVE A NEW PRESIDENT AND NEW ADMINISTRATION

Posted on Friday, 22 January, 2021 by twobirdsflyingpub We’ve made it through another week, and once more lived through the peaceful transition of power. Whether you  agree or disagree with President Joseph R Biden Jr. please extend him the courtesy and respect that his Office commands. The morons that decided to mount an assault on the U.S. Capitol are just that, morons!

A number of years a go, I was in Washington D.C. for a couple of meetings; I had some time on may hands so I set out to pick up some cigars at a shop, which as I recall was on  K or M street. As I walked back to my hotel, I ran into then Senator Joe Biden, I smiled at him and asked him if he was out for a walk. He responded with a big smile and said “No, I have to pick up my dry-cleaning.” Do I agree with some of his policies as expressed in his recent non-COVID executive orders, absolutely not; however, I will respect the man and the Office. You should too!

It’s Friday and time to think about the weekend and our weekly shoot the shit. For readers unfamiliar with a shoot the shit, it’s a social interaction during which any topic can be discussed. Participants don’t need to know anything about the subject, they are free to make any unsupported comments, use uncensured profanity, insult anyone they wish or change the subject.

A shoot the shit on a weekly basis is more effective than paying $150+ per hour  to a jackass who majored in psychology so they could understand themselves . You maybe be better off visiting your local Santero if you are Latino.

Voodoo for example works only on people that believes it works and they must also know that a curse has been placed on them. It triggers what Sigmund Freud describes as  somatic compliance. Now, note that Freud was too a jackass. The only thing that Freud had going for him was that he was a prolific writer.

This week’s shoot the shit

During the Democrat Primary, I directed a question at Mayor Pete Buttigieg via Twitter, to determine if he would support legislation that would require a transgender individual to disclose their orientation prior to engaging in an intimacy with a heterosexual, I never got a response which was disappointing. Before going any further, as a former San Franciscan, I support LGBTQ+ – rights, marriage, et. al. Some of the coolest people I know are from that community. 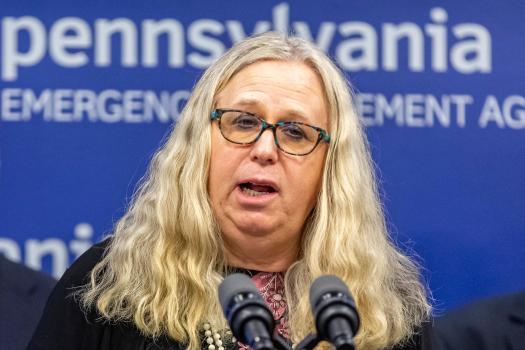 The picture on the right is that of Dr. Rachel Levin. Dr. Levin is an openly transgender public official. She has been Pennsylvania Secretary of Health since 2017.  She is a Professor of Pediatrics and Psychiatry at the Penn State College of Medicine. Dr. Levin was recently picked by the Biden Administration to be the Assistant Secretary of Health.

Now, as a former member of the U.S. Navy, I know how difficult long submerged deployments can be. We used to pull into port after 6 moths at sea with 6 months worth of pay in our pocket, so it was easy to overdo a good thing. We call that steaming. When you’re steaming, you do things like start tonnage contests. This is an event in which participants offer to engage in intimacies with as many women as possible. Those who accumulated the highest aggregate weight at the end of the contest would be declared the winner.

With that kind of pressure and one too many Jack Daniels, it’s quite possible that you could unknowingly wake up next to a transgender individual, so having legislation that would require disclosure is important. I can understand that If you find yourself behind in  accumulated tonnage, you may still proceed with such an intimacy , but at least you know what you’re getting in to.

On a more serious note…

There’s a great deal of misinformation being passed on social media about the COVID 19 mutations. Two mutations have been identified; the U.K. version, currently in the United States and the African version currently being studied. Let’s shed some light on mutations.

A virus is often discussed as something that’s living. A virus is not a living organism, biologist could not classify it as living and couldn’t classify it as nonliving so they created a special classification. Mutations in the human cells are generally triggered by free radicals (polarized molecule) or ionizing radiation. In general, a human cell mutation is 99.9% lethal to the cell. The .1% that survive will generally become cancers. The COVID virus is an rna virus so it needs a host cell to replicate;  it’s that replication process, over a long period of time, that brings about the viral mutation but unlike the human cell a viral mutation is not lethal to the virus, it simply becomes a viral mutant, this is the reason you need an influenza vaccine every year.

In the case of COVID, a mutation must result in a change to the spike protein before the current vaccines become ineffective. Fortunately the SARS-CoV-2 virus seems to have a similar mechanism for validating its genetic material like the human cell which makes COVID mutations occur at a slower rate.

What’s the key to success? Get as many people vaccinated as quickly as possible, so it’s balls to the wall for vaccines! Get yours ASAP. Have a great weekend! Be safe and schedule a shoot the shit with your buds or family. Human interaction is good for you as is a bit of laughter.