Posted on Friday, 26 March, 2021 by twobirdsflyingpub 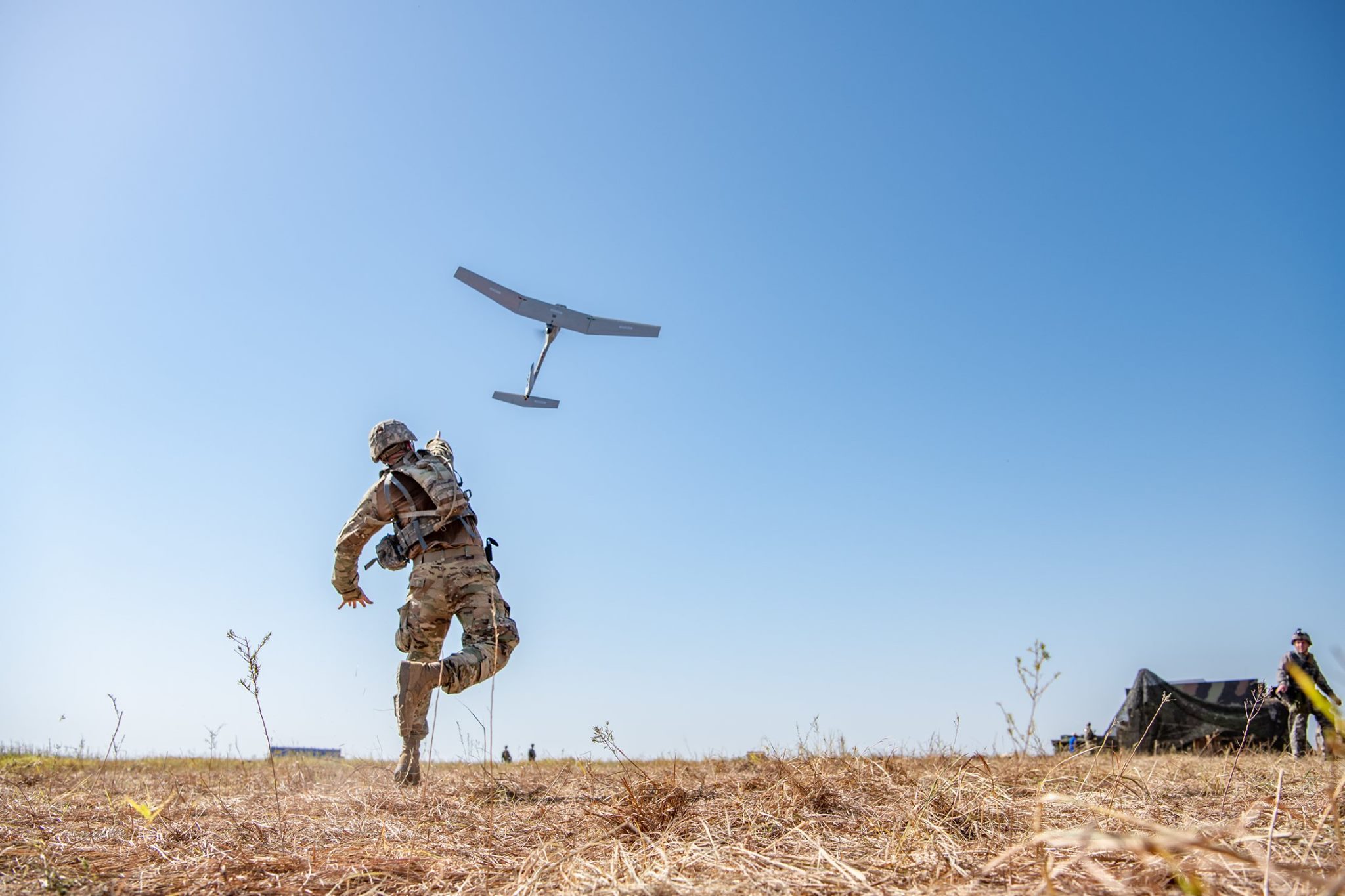 A U.S. Army Soldier hand launches a Raven B UAS in order to have a birds-eye view of the area during a field training exercise at Fort Sill, OK. (Photo: U.S. Army photo by Sgt. Dustin D. Biven)

source Flight Control Systems (FCS) domain of the Army’s multi-year small UAS contract on February 25, 2021. The value of the contract option is $20,979,905 and includes avionics and data link upgrade packages to modify radio frequencies employed by the Army’s existing fleet of Raven® tactical UAS. The period of Performance ends June 30, 2022.

The contract option was exercised under the Army’s FCS domain awarded to AeroVironment in June 2019 with an initial base delivery order of $862,488. FCS is the first of six domains comprising the Army’s existing five-year Indefinite Delivery, Indefinite Quantity (IDIQ) SUAS contract and has a potential value of up to $55 million. The Army’s first option under the existing contract – valued at $21,058,643 – was exercised in April 2020, bringing the total value to date to $42,901,035.

“The U.S. Army possesses the largest fleet of Raven small unmanned aircraft systems in the world. For more than a decade, Raven systems have provided frontline Soldiers with increased mission effectiveness, safety and situational awareness so they can proceed with certainty,” said Trace Stevenson, vice president and product line general manager of small UAS.

The Raven system is designed for rapid deployment and high mobility for operations requiring low-altitude Intelligence, Surveillance and Reconnaissance (ISR). With a wingspan of 4.5 feet and weighing just 4.2 pounds (1.9 kilograms), the hand-launched Raven provides situational awareness, day or night, with an operational range of 6.2 miles (10 kilometers). The Raven’s Mantis i23 EO/IR gimbaled payload delivers real-time video or infrared imagery to ground control and remote viewing stations.

AeroVironment’s family of tactical UAS comprises the majority of all unmanned aircraft in the U.S. Department of Defense (DoD) inventory, and its rapidly growing international customer base numbers more than 50 allied governments. To learn more, visit www.avinc.com.