Posted on Wednesday, 26 May, 2021 by twobirdsflyingpub 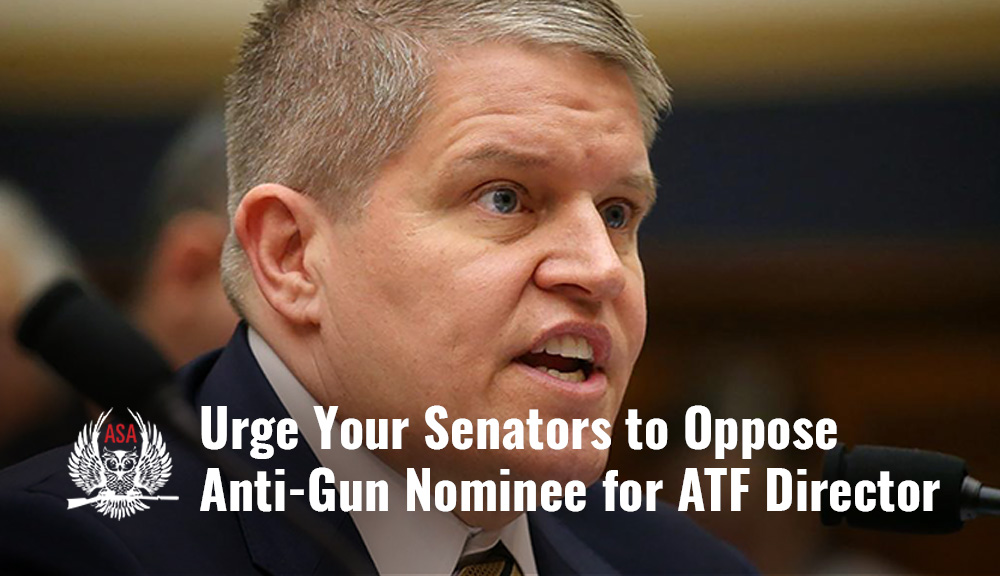 WASHINGTON, DC – On Wednesday, May 26th at 10:00 am EDT, the Senate Judiciary Committee will hold a hearing on President Biden’s nomination of anti-gun activist David Chipman to be the Director of the Bureau of Alcohol, Tobacco, Firearms, and Explosives (ATF).  The ASA urges all supporters of suppressor rights, and anyone who values hearing safety, to contact your Senators immediately and urge them to oppose this nomination.
Simply put, we cannot allow David Chipman and his gun and suppressor-banning cronies to run the ATF.  Chipman, who currently works as a lobbyist for the anti-gun Giffords group, has a repeated history of making false statements regarding the safety and efficacy of firearm suppressors.  In September of 2017, he testified against the SHARE Act and falsely claimed that suppressors “mask the sound of a gun, changing the sound into one not easily recognized as gunfire,” and that therefore they could make “assassination-style murders become easier.”  These false claims were so outlandish that even the Washington Post’s fact-checker gave them 3 Pinocchios.
Contact your Senators today and ask them to vote NO on David Chipman.  Let them know you value your rights and your hearing, and don’t want an anti-suppressor activist running the ATF.

THANKS TO OUR SPONSOR