It Was Not High Waters from Climate Change

Posted on Friday, 2 July, 2021 by twobirdsflyingpub 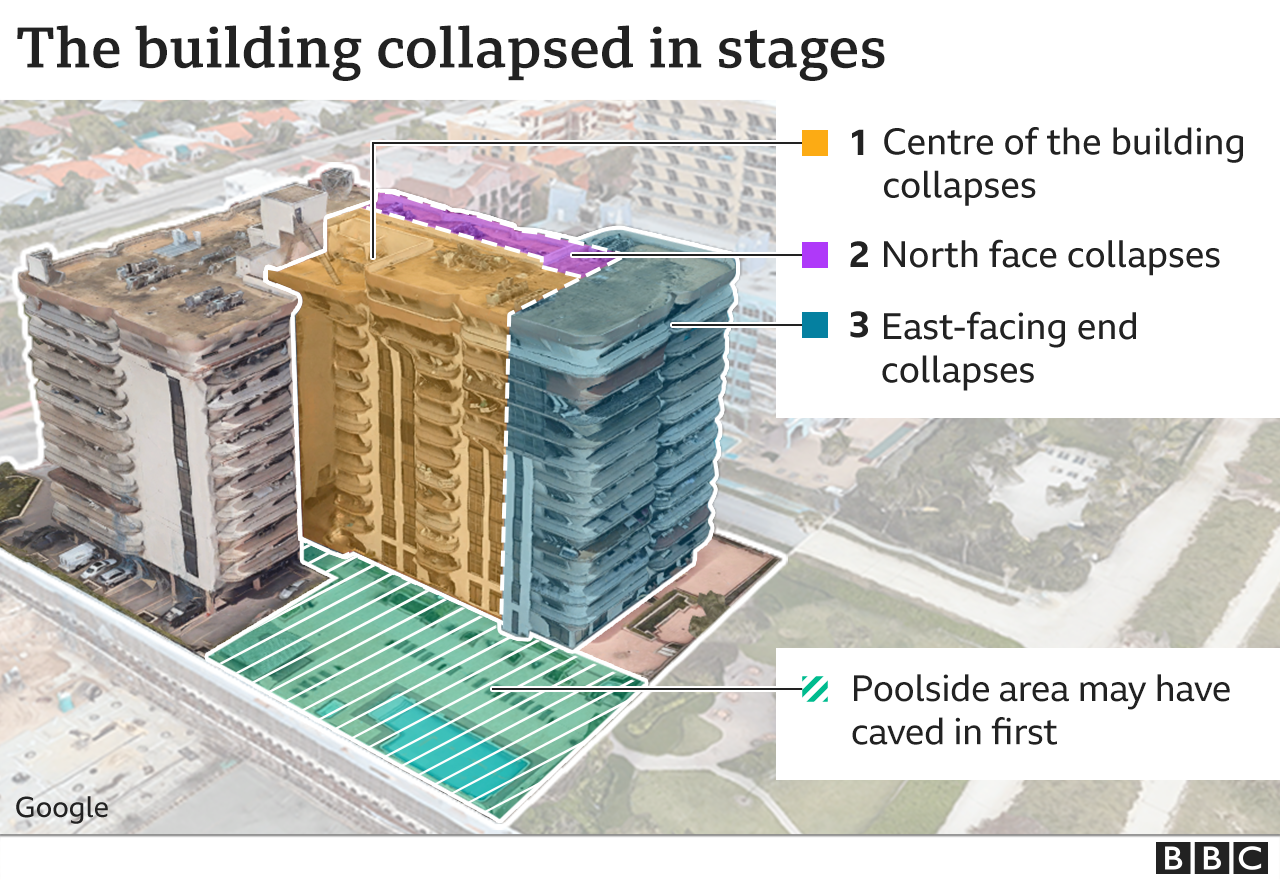 A week ago today at approximately 01:30 the Champlain Towers of Surfside, Florida collapsed. As of this writing, the cause is unknow and will not be fully understood for quite some time; however,18 cadavers have been recovered and authorities estimate that 147 people are still missing. Calling a tragedy is an understatement and rescue workers face increasing peril. To their credit, they’ve shown exceptional courage and dedication, which is the reason why it pisses me off when I hear an individual suffering from crania-vaginal inversion suggest to America’s audience that rising waters from climate change could be the cause of that collapse. I am familiar with the area and at it’s highest point, Surfside is 3 feet (1m) above sea level; a handful of fat tourists wading in the ocean is enough to flood Collins Ave.
Although, this opportunist imbecile pissed me off, I refuse to see a therapist. Why the hell would I pay $150 per hour to a jackass who majored in psychology so they could understand themselves, scheduling a good shoot the shit is far better. I’m so confident of that statement that I would recommend it to Mayor Charles Burkett. Mayor, schedule a shoot the shit for families and next of kin.
What is a shoot the shit? It’s a social interaction during which any subject can be discussed, participants need not know anything about the subject and are free to make unsupported statements, use uncensored profanity, insult anyone they wish or change the subject altogether. Mayor bring some food in for them and let them go at it. If you turn a psychologist loose on these poor folks they’re liable to come out with a desire to undergo a sex change, or feeling that they’re suffering from a short penis complex. So, let’s shoot the shit about climate change.
This week, I’d like to show you how our approach to climate change is the textbook definition of legislation by anal extraction. So, let’s get started.

All of these steps are being blindly implemented, There is no structured plan or any indication of a clear understanding of the issues but more importantly there is a childlike disregard for the consequences. Have you heard any discussion from our government about DAC (Direct Air Capture). I’ll get you dialed in.
Direct Air Capture is a CO2 capture technology that “scrubs” CO2 from the atmosphere. Without getting into the chemistry, think of it as a tree, which as you know captures CO2 via photosynthesis . The difference is that a 1 million ton per year DAC facility has the same effect as 40 million trees. Why isn’t that being discussed and aggressively funded. If you want to gain a good understanding of DAC visit 1PointFive’s web site, they do a great job of presenting the technology with a non-technical treatise, My guess is that our government is clueless and operating with a mindset that says “my mind is made up don’t confuse me with facts.”
Have a great weekend, be safe and for God’s sake schedule a shoot the shit with your buds and or family.