Posted on Wednesday, 11 August, 2021 by twobirdsflyingpub

(McLean, VA – August 10, 2021) Following a highly competitive and rigorous qualification, FN America, LLC is pleased to announce that the FN 509 MRD-LE has been chosen by the Los Angeles Police Department as their new duty pistol. The FN 509 is a capable and versatile handgun platform that delivers rapid, precision fire in any environment. Officers training on marksmanship, tactical maneuvers and precision target engagements now have a more accurate and reliable sidearm, proven by the LAPD to perform with a wide variety of duty-rated handgun optics and ammunition. 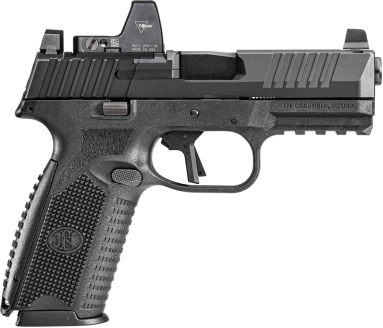 “The Los Angeles Police Department is one of the largest and most elite law enforcement agencies in the country, with roughly 10,000 uniformed officers, and we are proud that they have chosen the FN 509 MRD-LE as their next duty pistol,” said Mark Cherpes, President and CEO of FN America, LLC. “The FN 509 MRD-LE is the only choice for agencies seeking an extremely capable and versatile duty pistol platform with proven reliability, accuracy and optic interoperability. Serving the men and women of an outstanding law enforcement agency like the LAPD brings great pride to everyone at FN, we look forward to supporting their police force with a remarkable handgun platform their officers will rely on every day.” 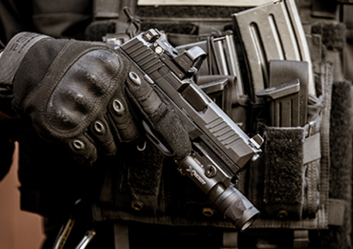 During the LAPD handgun trials, FN competed against several contenders in a 20,000-round-count endurance qualification, which it surpassed with zero malfunctions. “Exceeding all of the requirements LAPD sought in their new duty pistol was a high-performance standard to meet,” said Chris Cole, Vice President, Sales and Marketing at FN America, LLC. “With over a million rounds fired in development, the FN 509’s reputation for durability is proven here again giving LAPD officers a superior handgun they can depend on in the most demanding policing environments.” 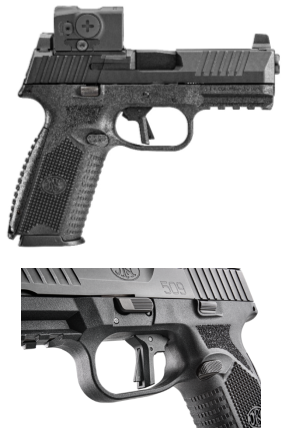 Superior accuracy of the FN 509 MRD-LE starts with the patented FN Low-Profile Optics-Mounting System™. Adapted from the original development for the U.S. Army’s handgun trials, it gives officers more precision and sighting versatility than all other handguns.

“LAPD needed the ability to quickly and securely mount a variety of duty-rated micro red dots to their service pistols to improve the accuracy potential of their handguns and their officers,” said Charles “Bucky” Mills, Sr. Director of Law Enforcement Sales for FN America, LLC. “FN pioneered the MRD mounting technology the LAPD required, enabling precision shot placement and immediate target engagement no matter the environment.”

Accuracy is further enhanced by the high-performance trigger assembly and cold-hammer forged barrel. The combination of accuracy, speed, longevity and versatility gives the FN 509 MRD-LE the edge that today’s officers need. 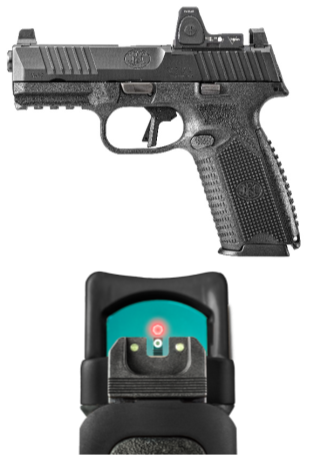 The FN 509 MRD-LE delivers more precision and versatility than any other duty-rated handgun. Building on the proven FN 509 lineup, the exclusive upgrades for law enforcement place every advantage in an officer’s hands. The FN 509 MRD-LE is the only choice for agencies who require complete reliability.

Pinpoint accuracy is made possible for all officers with a precision, hammer-forged barrel with recessed target crown, high-performance, conical striker and flat-faced, duty-rated trigger. With a positive wall at 90° before a clean break, officers maintain their sights on target through the full trigger pull. The FN Low-Profile Optics-Mounting System™ with co-witness tritium 3-dot iron sights, delivers rapid sight acquisition and consistent shot placement, vital when every shot must be accounted for.