Posted on Monday, 6 September, 2021 by twobirdsflyingpub 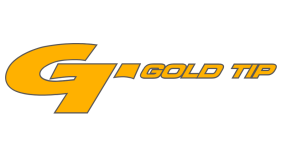 At the USA Archery Target Nationals and U.S. Open, Team Gold Tip continued to shine, with Tim Gillingham taking gold in the Compound Master Men’s event. With a stacked field of experienced shooters, Gillingham went head-to-head as a top four seed in the medal matches to earn his first-place finish. In the process, Gillingham took home two world records in the Master Class. This extends his tally to three new world records for the year, each accomplished with his Gold Tip Pierce shafts and Bee Stinger Premier Plus bars.

Gold Tip, a Vista Outdoor Brand, is an archery manufacturer of the most innovative, durable and precise carbon arrows in the world. Every Gold Tip arrow is manufactured from the finest aerospace-grade materials, and built to meet the industry’s weight and straightness specifications. Gold Tip’s products are supported by a network of knowledgeable and friendly employees, dealers, and distributors. That’s why many of the world’s top professional archers depend on Gold Tip, and why bow hunters and archers claim that Gold Tip makes the toughest arrows they’ve ever shot. For news and product information, go to www.goldtip.com