Is a Silencer a Suppressor? What to Really Expect From Your New Suppressor.

Posted on Thursday, 21 October, 2021 by twobirdsflyingpub

SIG has published an outstanding suppressor treatise on their blog site; it opens with some interesting background…

“It may be what you’re searching for but the word “silencer” is misleading. In 1909, Hiram P. Maxim received a patent for the first “silent firearm.” His goal was to keep his recreational shooting from disturbing his neighbors. However, he soon realized his new device had many other benefits, including greatly improving his accuracy. Maxim called these devices silencers and even named his company after them, the Maxim Silencer Company. He sold his invention at hardware stores and through the mail for $3.25. Though he stopped producing them in 1934 due to legislation, his design elements are the foundation of every suppressor made today. And while he referred to them as “silencers” the technology has never rendered the blast from a firearm completely silent. Hollywood has perpetuated that myth, unfortunately, scripting sinister villains into movies and television shows as they affix a suppressor to a pistol or rifle then magically eliminate a target while no character within earshot is the wiser.

Rather than encourage stereotypes, many in the firearms industry, including SIG SAUER, have adopted the more appropriate term “suppressor” when discussing Maxim’s invention, as there are more benefits to shooting a suppressed firearm than simply a reduced audio report, including a reduction in felt recoil, muzzle flash and more. All of these benefits have made shooting with suppressors desirable to a wide range of people.” 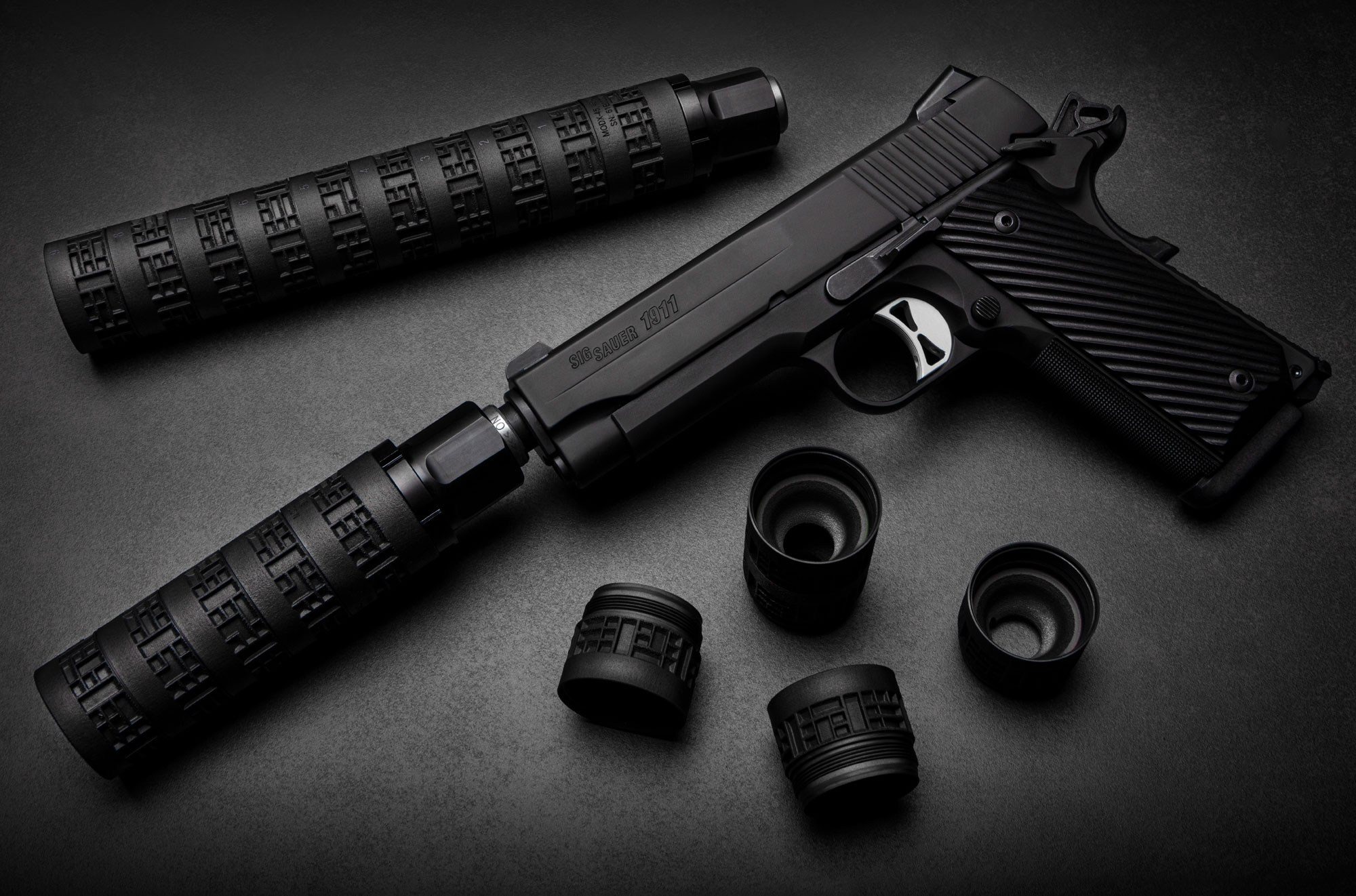