Posted on Monday, 3 January, 2022 by twobirdsflyingpub 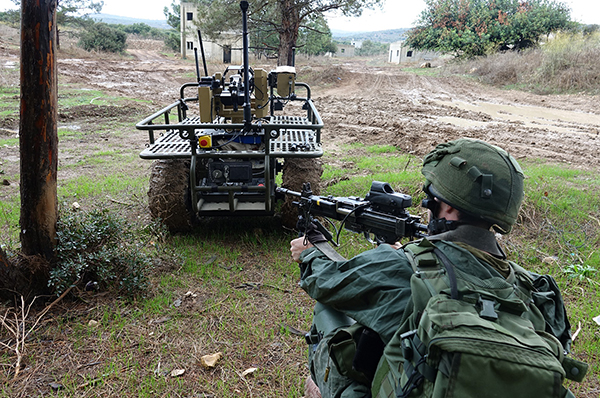 The new consortium includes leading robotics companies and academic researchers in the fields of Artificial Intelligence, computer science and behavioral sciences, with the goal of developing an innovative HRI infrastructure, addressing the need for close interaction between robotic systems and human users natural communications (verbal & gestures) technologies, according to relevant social codes, robotic platforms level of autonomy methodologies, and more.

Today, autonomous robotic platforms (those not continuously controlled by a human operator) operate in a “sterile” human-free environment, such as logistics centers and automated production and assembly lines. Integrating robots in a shared workspace environment with human teams will allow the transfer of routine, dull and burnout-inducing tasks to robots and reduce workloads on human teams, thereby increasing crew productivity and reducing their rotation. Such integration will only be possible when human crews feel confident and able to communicate naturally with robots, operating in their close environment.

Yossi Cohen, Elbit Systems C4I and Cyber Chief Technology Officer, commented: “Our selection by the Israel Innovation Authority, to lead a Human-Robot Interaction consortium reflects our expertise in the fields of autonomous systems and manned-unmanned teaming. We are looking forward to collaborating with additional industry partners that specialize in these fields, that will join us in the consortium”.

Elbit Systems has been operating in the field of autonomous systems and robotics for decades and is considered a world leader in the development and production of aerial, land and naval autonomous systems. In recent years, Elbit Systems has been providing its customers with operational solutions that enable effective Manned-Unmanned Teaming, integrating the work of autonomous platforms together with human teams, as part of the company’s solutions in the area of multi-domain networked warfare.