Posted on Monday, 24 January, 2022 by twobirdsflyingpub 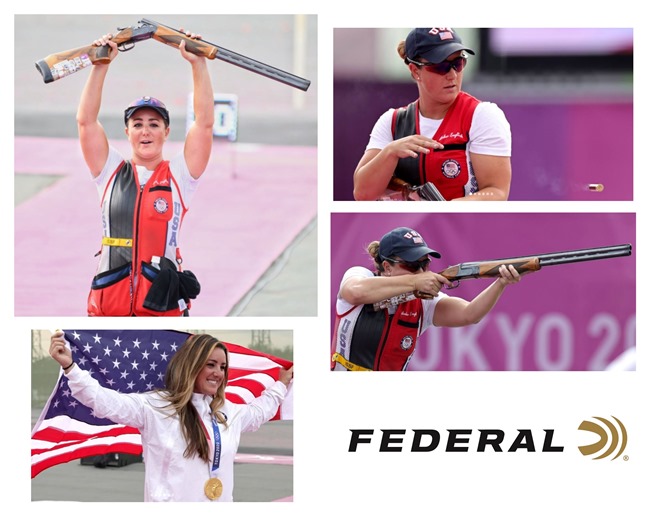 “We are extremely happy to have Amber join our Federal Team,” stated Jason Nash, Federal’s VP of Marketing. “It was exciting to watch her perform at the highest level in Tokyo, and we anticipate that same level of performance as she joins our roster of world class competitors.”

“I cannot believe I can live out my dream and represent the best ammo company in the world,” stated Amber English, who recently concluded her service with the U.S. Army Marksmanship Unit and World Class Athlete Program. “The Army provided me with the exact tools I needed to win.”

English reached the pinnacle of her competitive career with a record setting performance shooting a 56 in the Women’s Skeet finals and became only the second woman in U.S. history to medal in the discipline.

“My favorite memory of my gold medal performance was making myself stick to what was going to make me complete the ‘task at hand’ until every target broke,” claimed English. “I knew on the last station I had to hit two of the four to tie, and if I hit one more I won. Making myself hit that last target was something I’ll never forget. When the match was over, I couldn’t believe we were actually done!”

English says she is excited to continue to compete using Federal’s Gold Medal Papers, her ammunition of choice, and has current plans to make up for lost time in the outdoors.

For more information on all products and online services from Federal or to shop online, visit www.federalpremium.com.