Posted on Tuesday, 15 March, 2022 by twobirdsflyingpub

Kim Rhode, the most iconic Olympic shooting sport athlete ever is continuing her career with Winchester Ammunition. 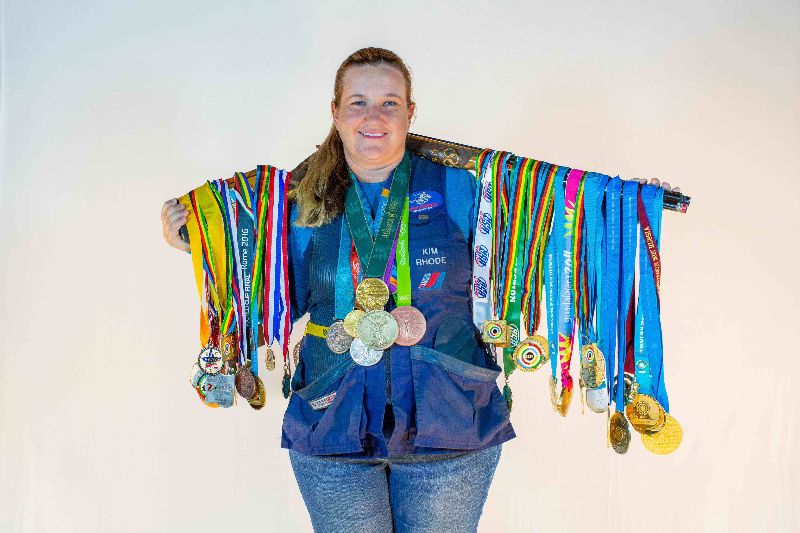 EAST ALTON, IL (March 14, 2022) — Kim Rhode, the most iconic Olympic shooting sport athlete ever is continuing her career with Winchester Ammunition, The American Legend. Rhode will continue to take on the world’s best competition, shooting the famous Winchester AA® shotshells.
Kim has been shooting Winchester ammunition products in training and competition for more than 30 years.
“Kim Rhode has established a legacy in competitive shooting that is unmatched. She is a fierce competitor but also one of the most genuine ambassadors of the shooting sports,” said Matt Campbell, Vice President of Sales and Marketing for Winchester Ammunition. “Kim and Winchester will continue to work together at the highest levels of competition, but also in driving more people to participate in the shooting sports.”
Rhode continues her pursuit of the highest achievements in the shooting sports as she chases her goals of representing the United States in the 2024 Olympics in Paris and in her home state of California at the Los Angeles games in 2028.
“Winchester has been with me since the very beginning of my career and their support has been remarkable,” said Rhode. “I’ve always tried to do my very best in representing the shooting sports as an inviting activity, for people of all ages and skill levels. I love talking to people who want to get started in shooting just as much as I love to compete.”
About Kim Rhode
Kim Rhode’s journey with Winchester began when she was 10 years old. Winchester employee Sandy Wood met her at a shooting event in California and the rest is history.
Over the next 33 years, Rhode blazed a path through the shooting sports that is unequaled. Her six Olympic medals, including three gold medals while competing in the multiple disciplines of Double trap, bunker trap and international skeet make her the most decorated shooting sports athlete of all time.
At age 13, Kim won her first world championship in American skeet. In International Shooting Sports Federation (ISSF) competition, Kim has 29 gold medals along with gold medals in five Pan American Games.

Winchester is the largest small caliber ammunition enterprise in the world and the leader in delivering innovative ammunition products to hunters, sport shooters, law enforcement and the U.S. Warfighter. The 156-year-old Winchester brand is built on integrity, hard work and a deep focus on its loyal customers. Learn more about Winchester by visiting Winchester.com or connecting with us on Facebook at Facebook.com/WinchesterOfficial.