Posted on Friday, 18 March, 2022 by twobirdsflyingpub 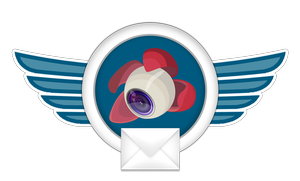 Litchi pilots, we know you have been waiting for this! We are happy to announce that the Mini 2 and Mini SE are now fully supported in Litchi for iOS 2.12.

Flying an Air 2S? Be sure to update to the recently released Air 2S firmware v02.04.21.50 in which DJI fixed the issue where the gimbal’s position is not reported in Litchi. This update means the Air 2S is now fully supported in Litchi for Android 4.21.3.

We have also added support for the Air 2S in Litchi for iOS 2.12, however be aware that currently you can only do one autonomous or semi-autonomous flight per launch of Litchi on iOS. After that flight, a restart of Litchi is required in order to start a new one. This is caused by a bug in the DJI iOS SDK which we have reported to DJI and hope they will fix soon.

See the full changelog of the latest updates at https://flylitchi.com/new