Posted on Wednesday, 25 May, 2022 by twobirdsflyingpub

The DJFT supports datalink messaging to execute Link 16 and VMF DACAS in accordance with current joint tactics, techniques, and procedures.

With its fully immersive environment, the DJFT is designed to meet the US JFS ESC Memorandum of Agreement accreditation for types 1, 2, 3, day, night, and laser controls.

Watch MVRsimulation’s Deployable Joint Fires Trainer with Digital CAS in action. In this mixed-reality training environment, the JTAC is fully immersed in the virtual world while also directly interacting with emulated physical SOFLAM and IZLID in the real-world. 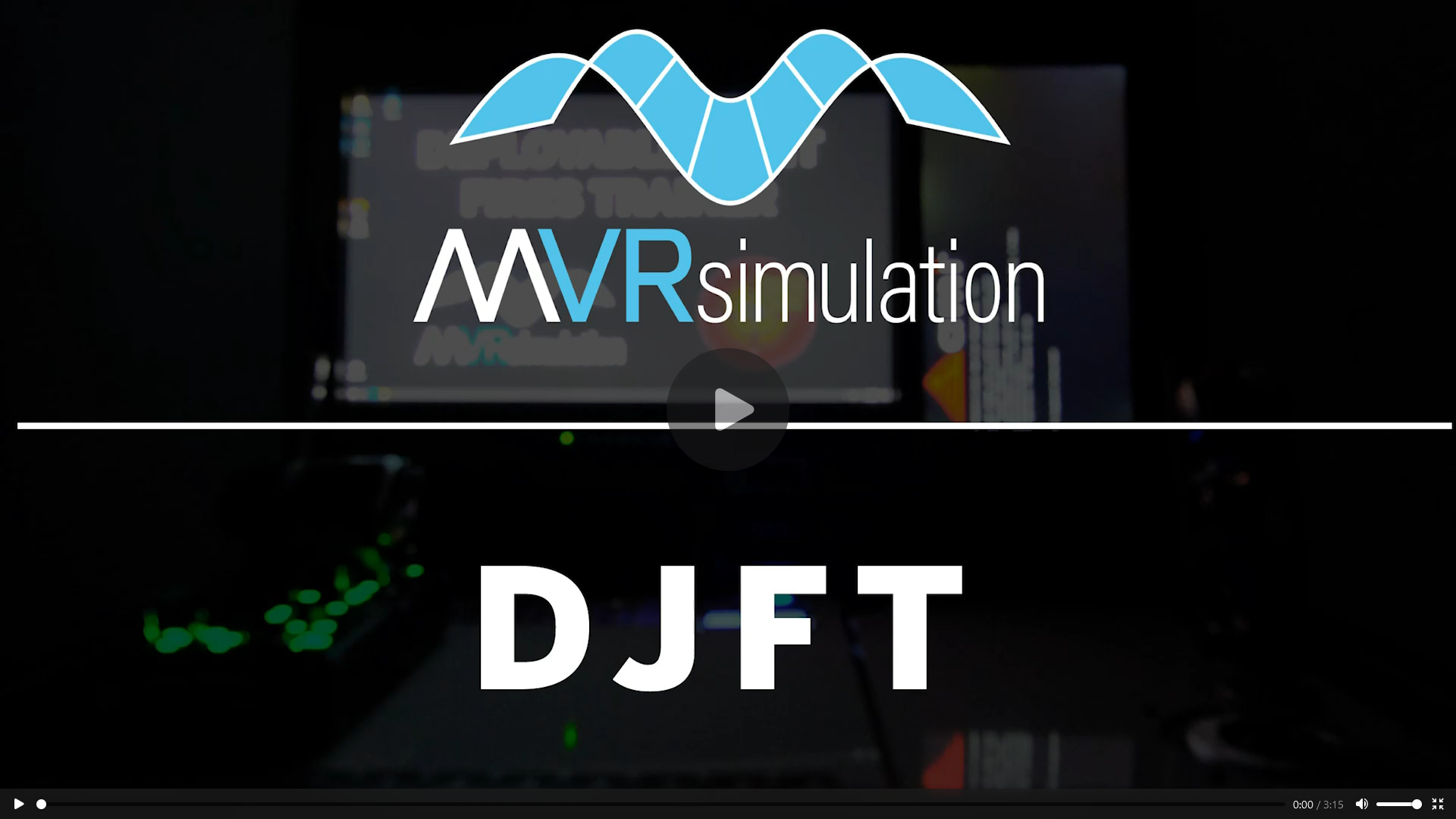 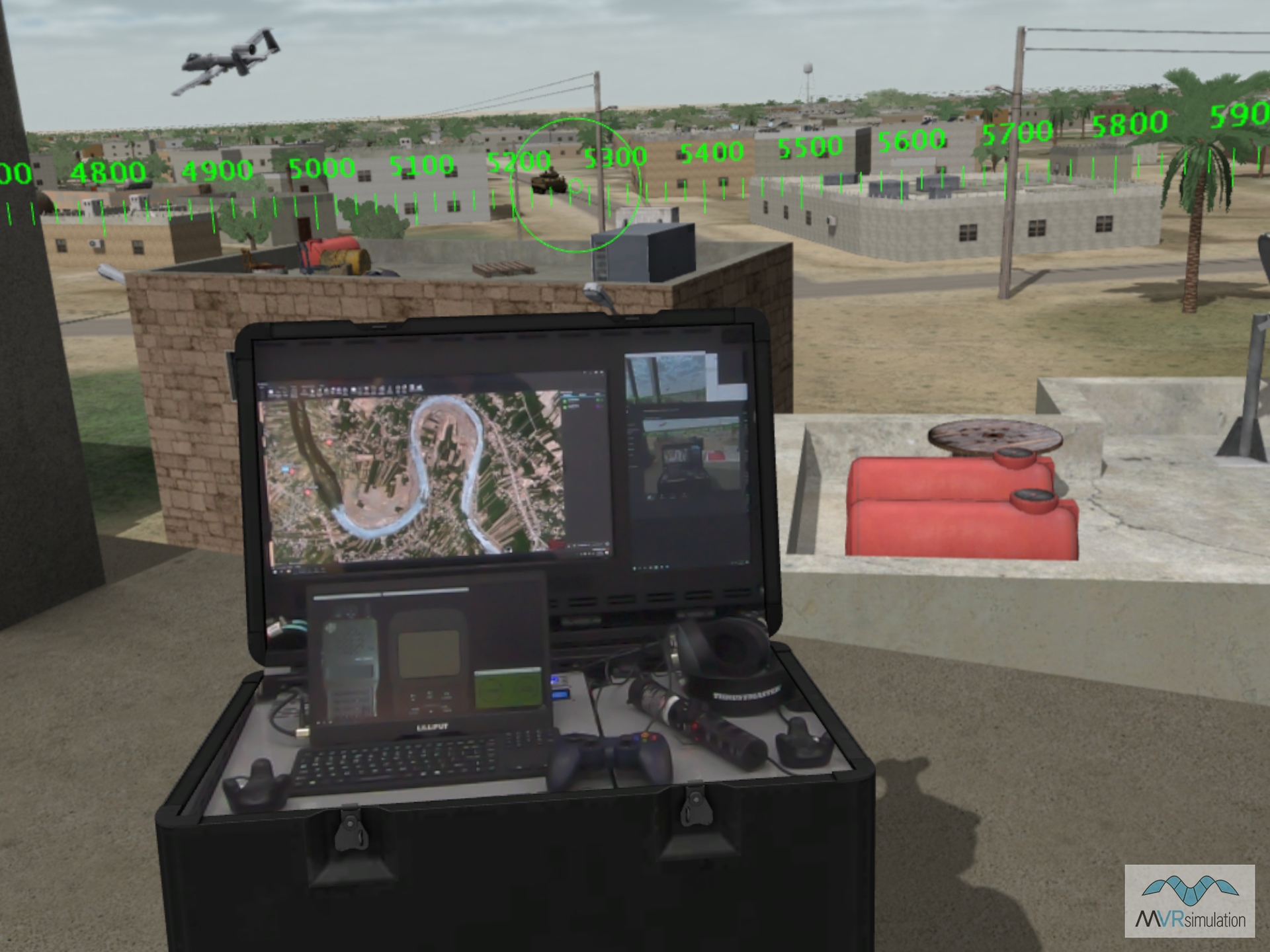 The DJFT enables mixed-reality training via integration with the Varjo XR-3 head mounted display. The trainee is fully immersed in the virtual world created by MVRsimulation’s VRSG 3D geospecific terrain, while simultaneously interacting with emulated physical target-designating SOFLAM and IZLID in the real world. The XR-3’s ultra-low latency, dual 12-megapixel video pass-through camera enables the user to be able to read and write without having to remove the headset, increasing suspension of disbelief and keeping the observer engaged in the scenario. 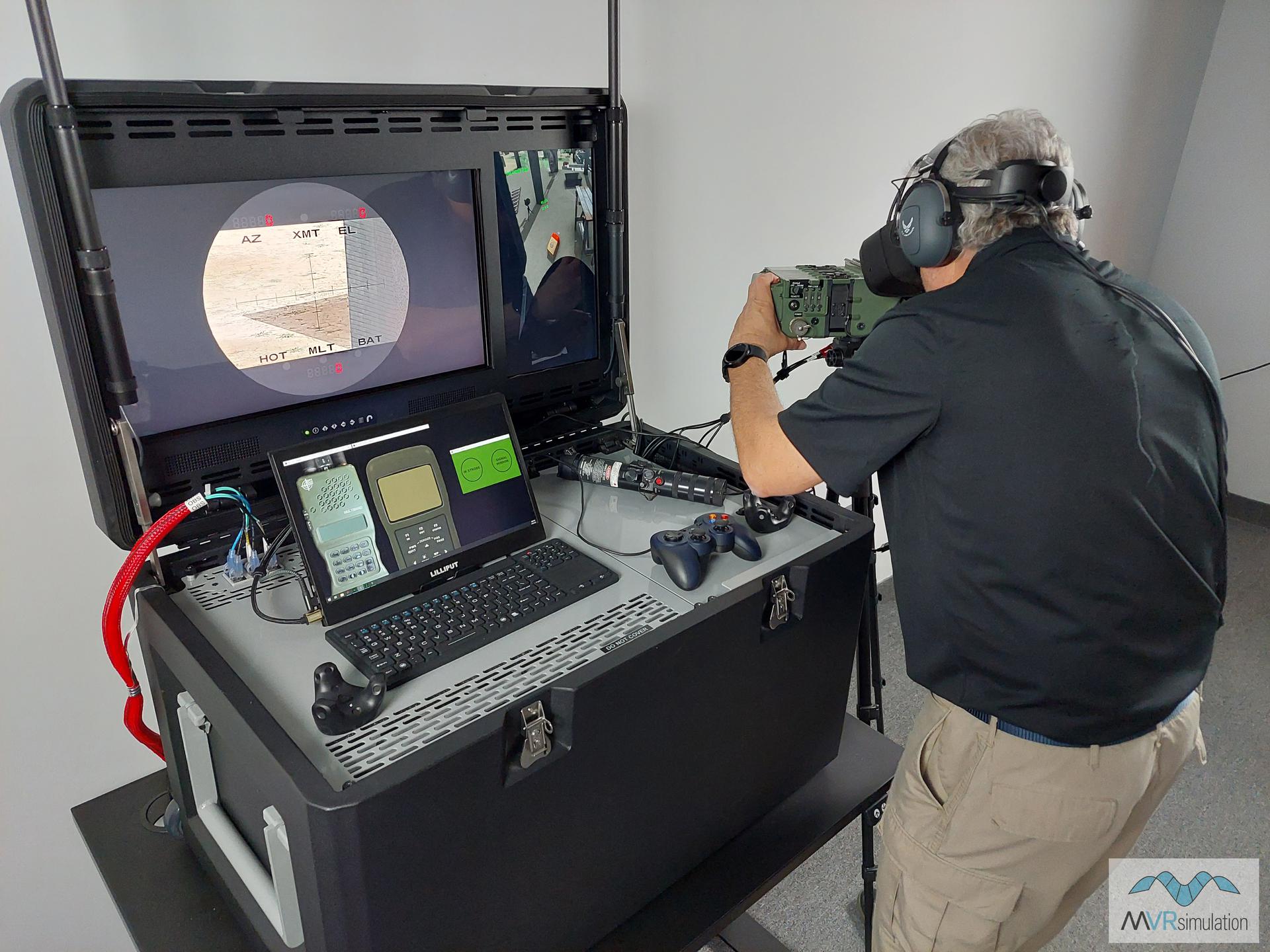 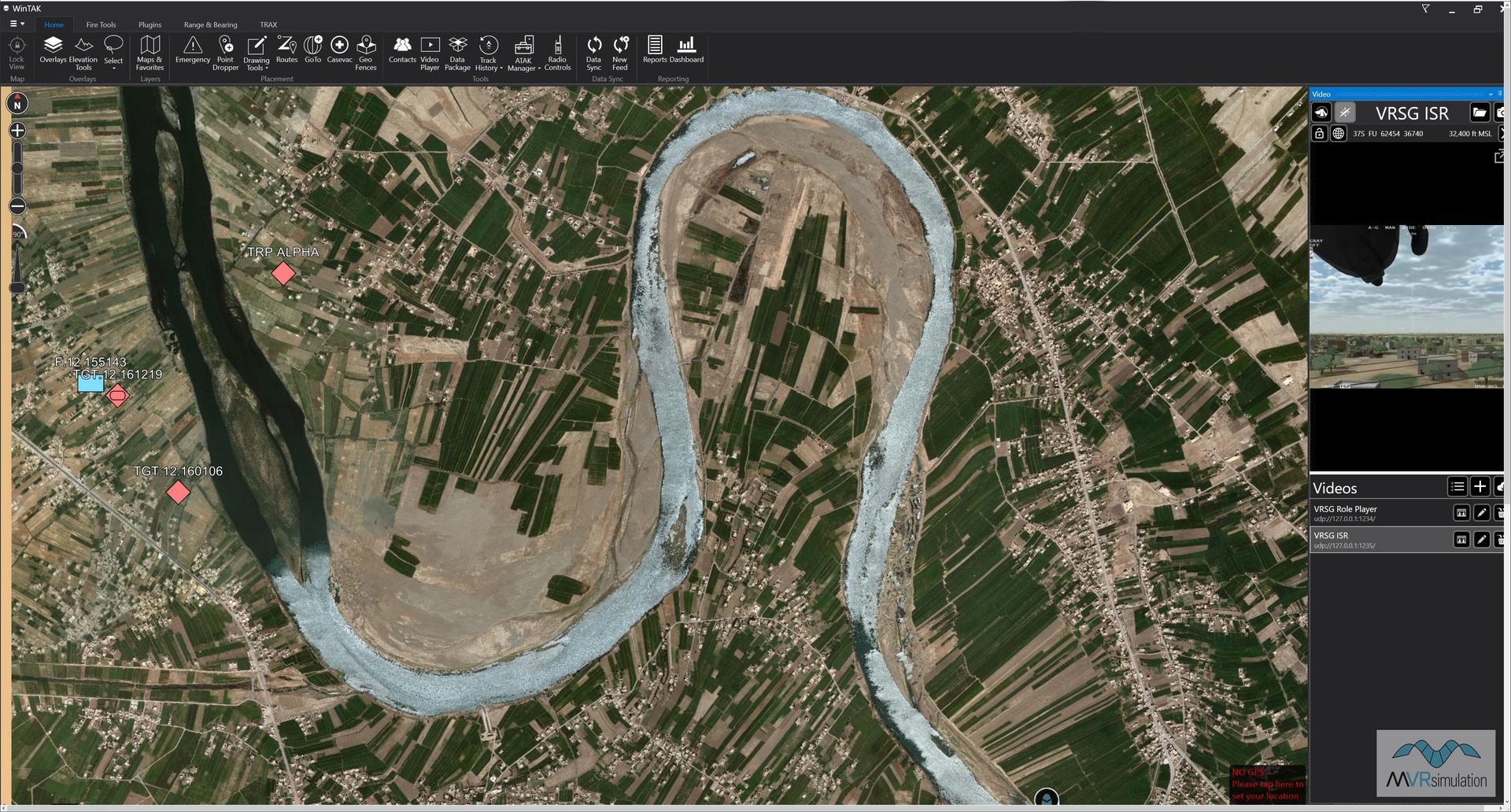 MACE’s datalink capabilities, along with VRSG’s KLV metadata, permit the seamless integration of the DJFT with real-world targeting software suites including ATAK/WinTAK, and datalink message middleware such as TRAX/ATRAX. The DJFT is ready for integration with a unit’s preferred battlefield targeting and communication hardware and software upon formal government approval.

The above image shows a close-up of WinTAK in real time integrated with Battlespace Simulations’ MACE and MVRsimulation’s 3D geospecific terrain; including simulated sensor feed from the Role Player. 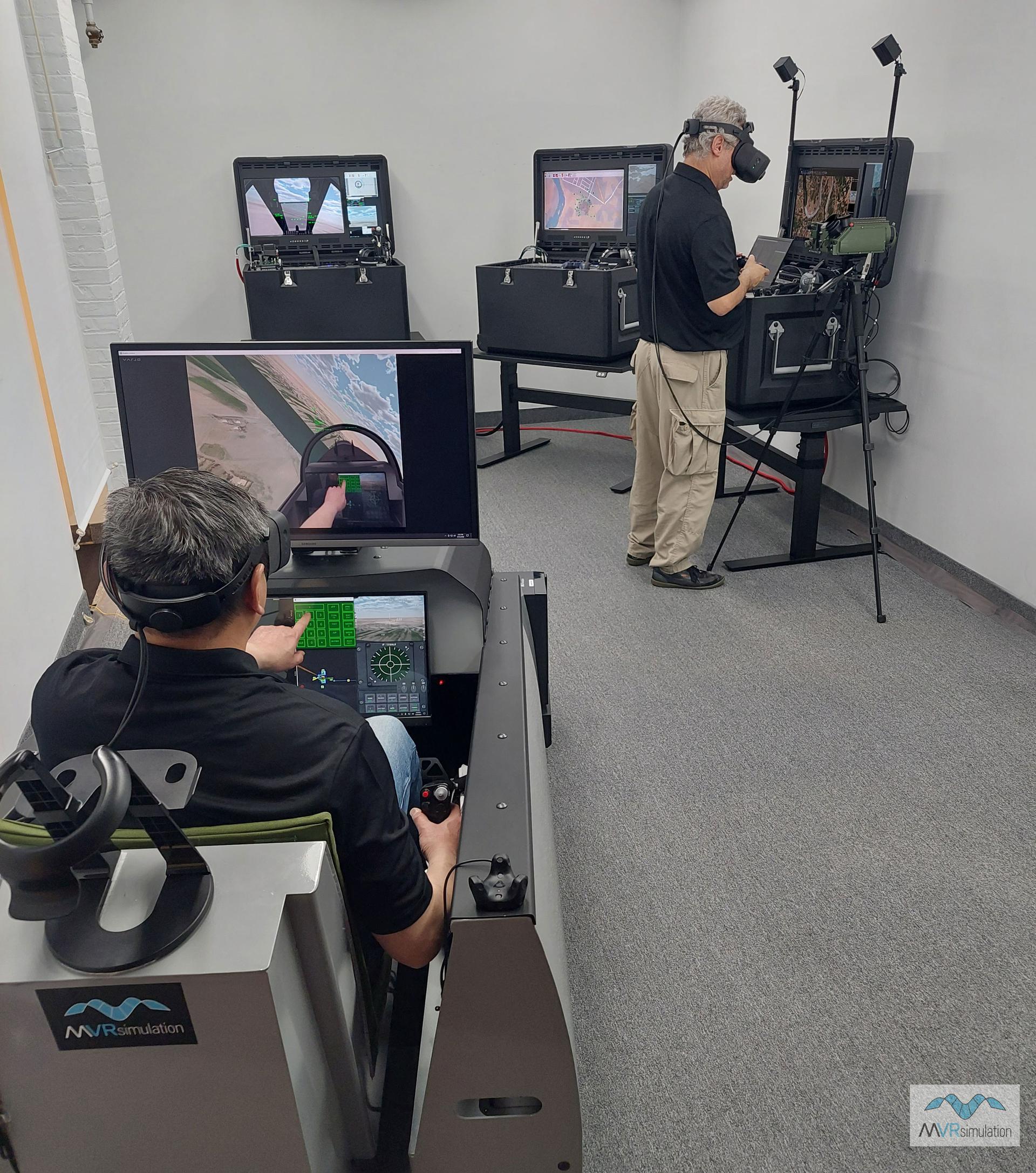 The fully-networked DJFT supports real-time interaction with fixed-wing, rotary-wing, and RPAS assets, including MVRsimulation’s fixed-wing Part Task Mission Trainer. The PTMT pilot can join the scenario as an additional Role Player. Also equipped with a mixed-reality headset, the PTMT role player is immersed in the training scenario via the Thrustmaster HOTAS and Battlespace Simulations’ MACE software. 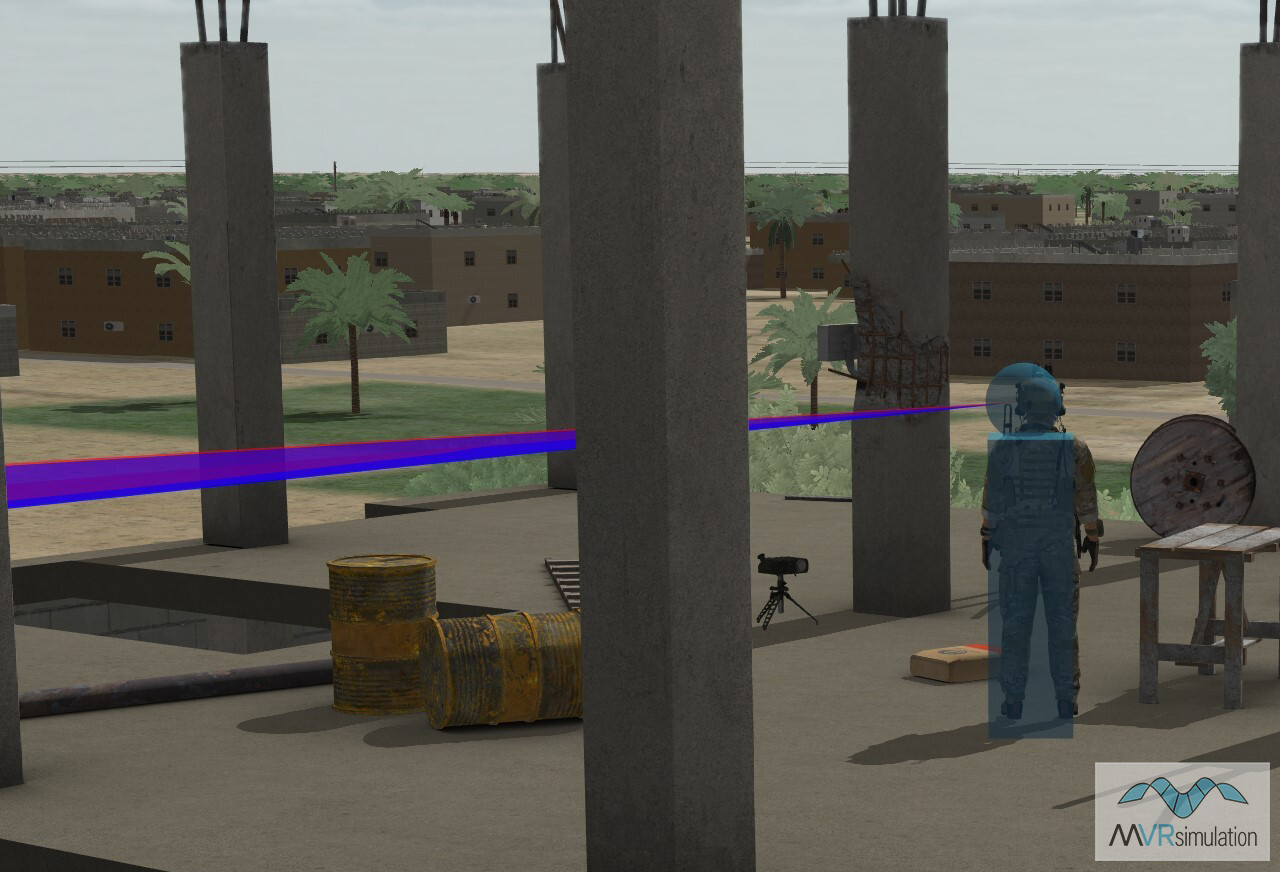 Using the integrated Varjo XR-3 mixed-reality headset, the wearer’s eye gaze can be tracked, recorded and reviewed for informed after-action debrief. During the scenario, VRSG tracks the Observer’s head position and orientation, tracks the gaze vector using the Varjo device’s pupil tracking functionality, and then depicts the gaze of each eye independently as a color-coded 3D cone. Eye-track data is exported via DIS and can be saved to a PDU log for later review. This feature is available in VRSG version 7.