Posted on Tuesday, 24 January, 2023 by twobirdsflyingpub

FN America drew a huge crowd at this year’s SHOT SHOW. The company introduced a number of new products but there were three that I’ll call stars of the show. Expanding the SCAR family of firearms is the SCAR 15P a 5.56 pistol platform that offers all the SCAR features including a non-reciprocating charging handle. FN made transitioning from a pistol platform to an SBR simple; the SCAR 15P offers a vertical Picatinny rail that will accept a buttstock. 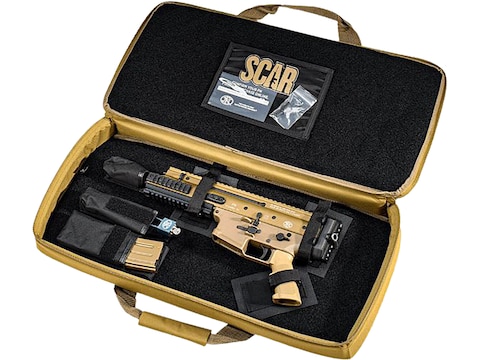 The FN 545 in .45 ACP was FN’s second large bore offering for 2023. Unlike FN’s legendary FN FNX 45 Tactical, which is a hammer fired DA/SA pistol, the 545 is striker fired with an 18+1 capacity. The 545 offers a low profile MRDS mounting system as well as an interchangeable backstrap to customize the pistol grip. The trigger is an improvement over the FNX.