Posted on Friday, 29 June, 2018 by twobirdsflyingpub 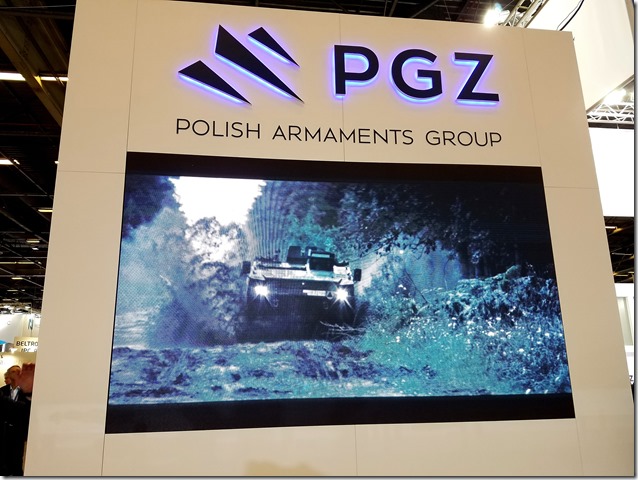 One of my objectives while at this year’s EUROSATORY was to spend some time with nondomestic small arms manufacturers. My first stop took me to the Polish Armaments Group (Polska Grupa Zbrojeniowa). The PGZ is a Polish conglomerate made up of 60 companies dedicated to being a one stop shop for modern defense solutions. The representative was kind enough to spend quite a bit of time with me, and in talking with him you could feel the sense of national pride – always a good indication.

All of the company’s shoulder fired weapons are available in two varieties, NATO compliant and the more common Eastern European  7.62 x 39 chamberings. Build quality and ergonomics were excellent as well. 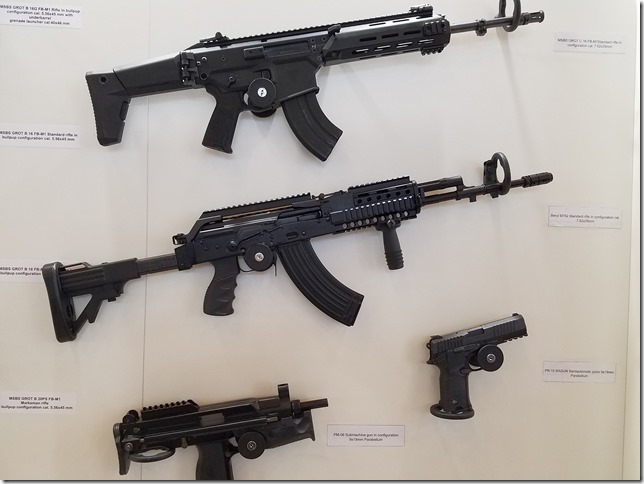 All in all, an impressive offering from PGZ of very high quality small arms. As of this writing, it’s my understanding that the GROT C carbine will have a commercial variant which should be announced at SHOT SHOW 2019.

Above is PGZ’s Alex rifle, a sniper platform featuring a bullpup design and chambered in 338 Lapua Magnum – detachable magazine, smooth action with an equally good trigger.